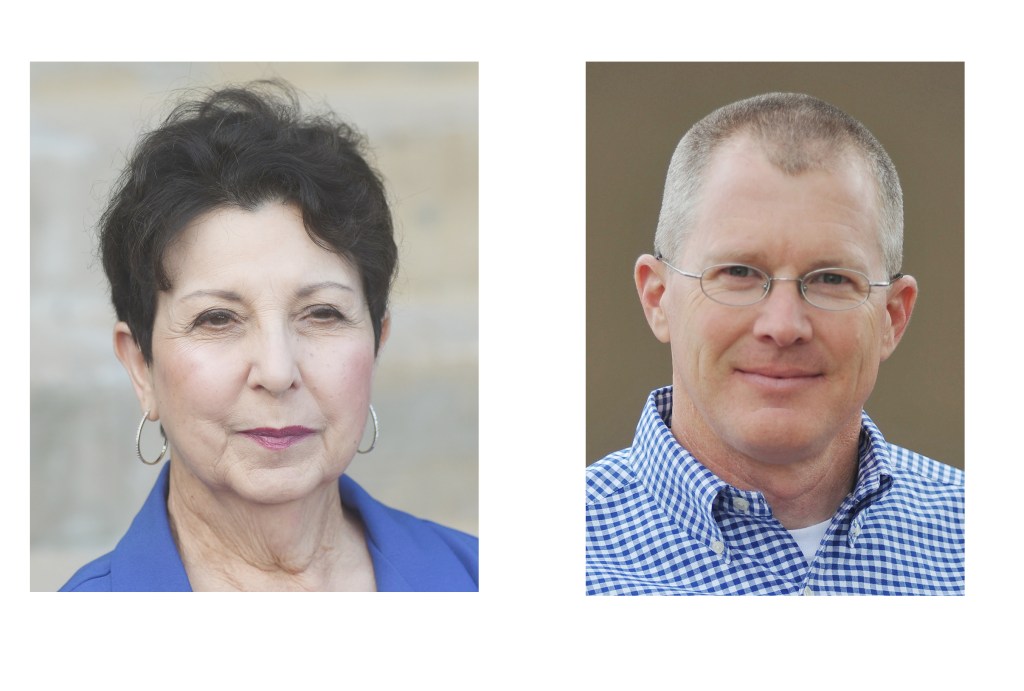 Ward III Alderman Janice Antonow, left, and Ward I Alderman Rick Addy, right, both announced during Tuesday's Board of Aldermen meeting they would not seek another term in this year's municipal election.

After 24 years, Janice Antonow is stepping down from the Oxford Board of Aldermen.

Antonow, the current Ward III Alderman, will complete her sixth term in office later this year. She announced her decision to not seek a seventh term in this year’s municipal elections during Tuesday’s regular meeting.

Elected in 1997, Antonow has seen Oxford grow in every direction. One of her first major action items as an Alderman was the widening of West Jackson Avenue.

“It”s been a privilege to serve,” Antonow said. “The people have been great to me. I’ve never had folks yelling at me. People say, ‘You don’t want to be a politician, people are mean.’ They’re not, and the people in Ward III have supported me in every election in both parties.”

There will be at least two new faces on the Board come later this year. Ward I Alderman Rick Addy followed Antonow’s announcement with one of his own.

With a simple “Ditto. I am also not running.” Addy confirmed he will not be seeking another term.

Addy won a special election in 2016 and successfully retained his seat on the Board during the 2017 municipal elections.

Since the qualifying period began on Jan. 4, the Ward I race has filled up with three candidates qualified as of Wednesday. Erin Smith, executive director for CASA, is running as a Democrat, as is Billy Crews, former editor at the Northeast Mississippi Daily Journal. Oxford realtor Harry Alexander filed as an Independent.

Smith and Crews will face off in a primary on April 6.

The other Alderman races have the incumbents running either currently unopposed or with at least one other candidate. Ward II Adlerman Mark Huelse, Ward IV Alderman Kesha Howell-Atkinson and Ward VI Alderman Jason Bailey have qualified and are currently running unopposed.

Ward V incumbent Preston Taylor is seeking another term, but will face Justin Boyd in the Democratic primary in April.

Alderman-At-Large John Morgan is running as an Independent, while Linda Porter Bishop has filed to challenge him as a Democrat.

Deadline to file for this year’s municipal elections is Feb. 5. The general election will take place on June 8.