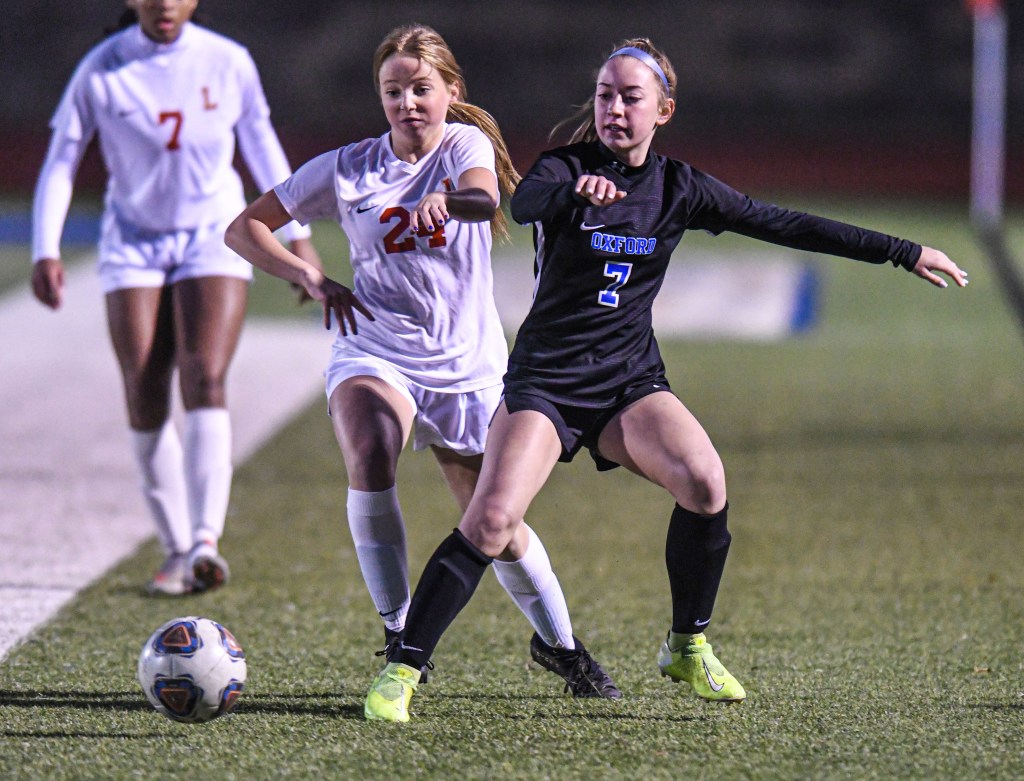 In a span of 30 minutes, the Oxford boys soccer team saw their season come to an end – only to later realize they had been given a second chance.

When Oxford lost to Horn Lake in overtime on Tuesday, the Chargers’ season was seemingly over as they did expect to finish in the top two seeds of Region 2-6A. Then, head coach Hunter Crane double-checked the math and realized Southaven defeating Hernando the same night gave Oxford new life.

“We didn’t really have that in the back of our brains that it could be a tiebreaker,” Crane said. “When the loss happened, we were just kind of stunned and kind of thinking that it was all over. Then I got to thinking about it and the coaches and I got to talking and started really looking at it. …(We) started checking scores.”

The few seniors still hanging around at Bobby Holcomb Field following the loss saw their fortune instantly change and began calling up teammates who had already left.

With the newfound lease on their season, the Chargers turn their attention to their first round match at Starkville on Tuesday at 6 p.m. Oxford and the Yellowjackets met in the early stages of the season back in November with Starkville coming away with a 3-0 victory.

The score was 1-0 until Starkville found two late goals for the 3-0 win. When the two teams meet again next week, Crane will have a full, healthy roster for the first time all season. Whether it was injuries or COVID-related reasons, the Chargers were never at full strength the entire regular season.

“We’re lucky to get a second chance,” Crane said. “We felt the emotions of our season being over and then to actually have a second shot at it is something pretty special. …I think the boys have taken that to heart. We’re hoping to be full strength for the first time all season.”

For the Lady Chargers, the stress of knowing their postseason fate was non-existent. Sweeping their 2-6A schedule, Oxford won another region title and clinched the No. 1 seed a couple weeks ago.

On Monday, they will host Starkville to open their 6A playoff journey at 6 p.m. While the boys suffered a late loss, the Lady Chargers used an offensive surge of four goals in the final eight minutes of the first half to grab a 6-2 win.

Despite their lopsided win in November, Crane felt his team was still trying to figure out who they were, needing the first 20 minutes to get their offense going. Now, after an entire season under their belt, the Lady Chargers may be better than they were two months ago.

“It was early in the year and a fairly brand new back line still during that game,” Crane said. “We gave up two (goals) early. Gave up one in the first five minutes. …For the most part we felt really good about that game. We feel like we’re better now because it took us twenty or thirty minutes to get that game going for us and once we got those (goals) we kind of shut it off. Now, we’re much better about turning it on for the beginning and not turning it off.”

The defending Class 5A champions are set to retain their title, but they may have to do so on the road the next two weeks.

Lafayette’s girls team found themselves tied atop Region 2-5A with Saltillo after losing to the Tigers 2-1 on Jan. 15. With the head-to-head split and goal differentials against region opponents identical, a coin toss was needed to determine the top two seeds.

Saltillo won the coin toss, sending Lafayette on the road in the first round as the two seed. The Lady Commodores will travel to Neshoba Central next week to open up the 5A playoffs.

Even though luck was not on their side in their attempt to secure the top seed and a first round home match, head coach Melinda Scruggs is confident in how her team is performing as they enter the postseason.

“This team impresses me everyday,” Scruggs said. “They work so hard. They don’t take days off. I don’t think we had our best outing against Saltillo, but that doesn’t take away from what they’ve put into it. I think they’re motivated more now, just because of the circumstances and situation we are in. …We’re so talented, across the board.”

Lafayette’s first round match at Neshoba Central does not have an exact date yet, but will be played either Monday or Wednesday, according to Scruggs.