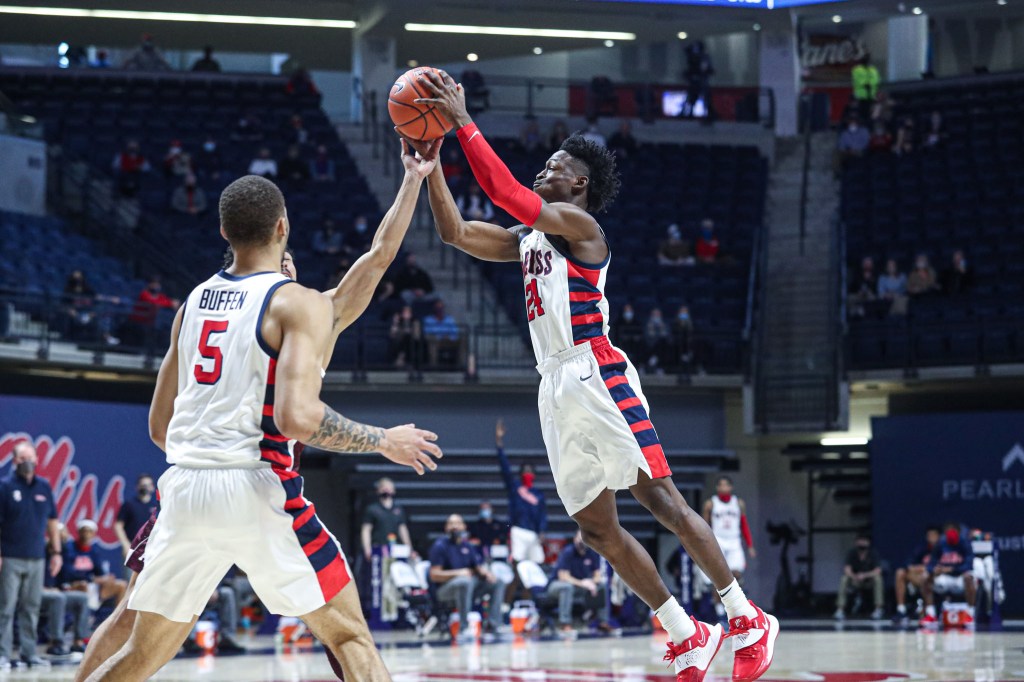 What Ole Miss lacks in consistency on the offensive end of the court at times, they make up for on the defensive end.

A steel curtain is beginning to form on the opponent’s end of the floor and was present in the Rebels’ 61-50 win against Texas A&M on Saturday at The Pavilion.

For a fourth time this season, Ole Miss (8-6, 3-4 Southeastern Conference) held their opponent to 50 points or less and a second straight time in conference play. The Rebels held Mississippi State to 46 points on Tuesday.

“(Our defense) kept them off balance,” said Ole Miss head coach Kermit Davis. “We’ve had some good moments but for about 25 minutes that’s the best we’ve been. We just had active hands. It didn’t matter if it was Robert (Allen) in there. KJ (Buffen), Khadim (Sy), Romello (White). A lot of different guys played different positions. We just got our hands on a ton of balls the end of the first half, start of the second half.”

Defense helped create offense for Ole Miss when they needed it the most, scoring 25 points off of 18 Aggie turnovers. The Rebels also scored 15 fast break points.

Over the past few games Jarkel Joiner is becoming the explosive player and part of a one-two combo between him and Devontae Shuler. Joiner scored a game high 21-points against the Aggies and combined with Shuler for 24 of the Rebels’ 30 points in the second half.

Joiner is averaging 18.3 points in his last three games, which have come against Georgia, Mississippi State and Texas A&M. After seven games in the SEC, the former Oxford High standout is beginning to get a grasp on the game.

Ole Miss will hit the road next week for games at Arkansas on Wednesay and at Georgia next Saturday.