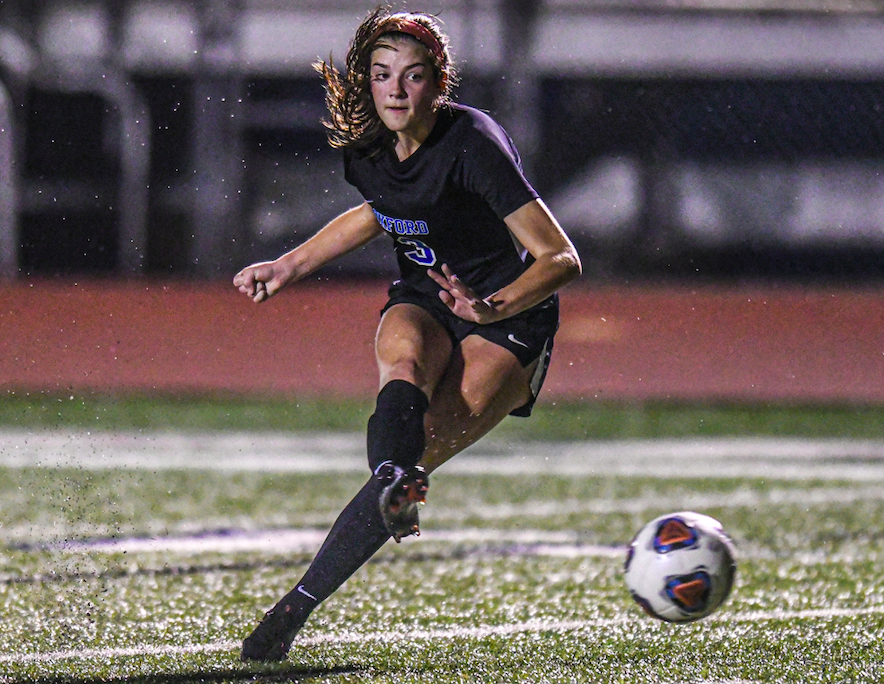 Hunter Crane remembered how his team started against Starkville two months ago, and did not want to see a repeat performance on Monday.

The Oxford girls soccer coach got his wish as the Lady Chargers dominated the Lady Yellowjackets in their 6-0 win to kick off the Class 6A playoffs at Bobby Holcomb Field.

Nearly unflappable, Oxford’s offense paced all 40 minutes of the match. Senior Grace Freeman led the attack, scoring four goals in what could be one of her final matches on her home field.

When the two teams met in early November, Oxford won 6-2, but the offense took roughly 30 minutes to show up. In Monday’s rematch, the Chargers came out with more energy and a better plan on offense.

A consistent threat on offense all season, Freeman picked up her first goal of the night in the 12th minute to help double Oxford’s lead at the time. Freeman added goals two and three in the 27th and 46th minute to complete the hat trick. The fourth goal came in the 63rd minute to make it a 5-0 Chargers’ lead at the time.

Emma Reeder got the scoring started for Oxford in the seventh minute and Carissa Strum capped the night with a goal in the 76th minute for the winning margin.

“When you get (Freeman) out in space and get her around the net she does some pretty special things with the ball,” Crane said. “Reminds me of another we had that does stuff like that. She’s pretty special when it comes to putting the ball in the back of the net.”

As much as the offense was in postseason form, Oxford’s defense did their job as well. Starkville had success getting close to the goal in the first few opening minutes of the match, but after that the Charger defense clamped down.

Starkville managed only four shots on goal the entire match as Oxford controlled the match and possession.

“We love to possess the soccer ball,” Crane said. “We want to have the ball at our feet as much as possible and then get our forwards out in space and run it.”

Oxford advances to Saturday’s second round, where they will face the winner of Lewisburg at Clinton, who play their first round match on Tuesday.