Defense pushes Ole Miss women past No. 15 Kentucky in upset 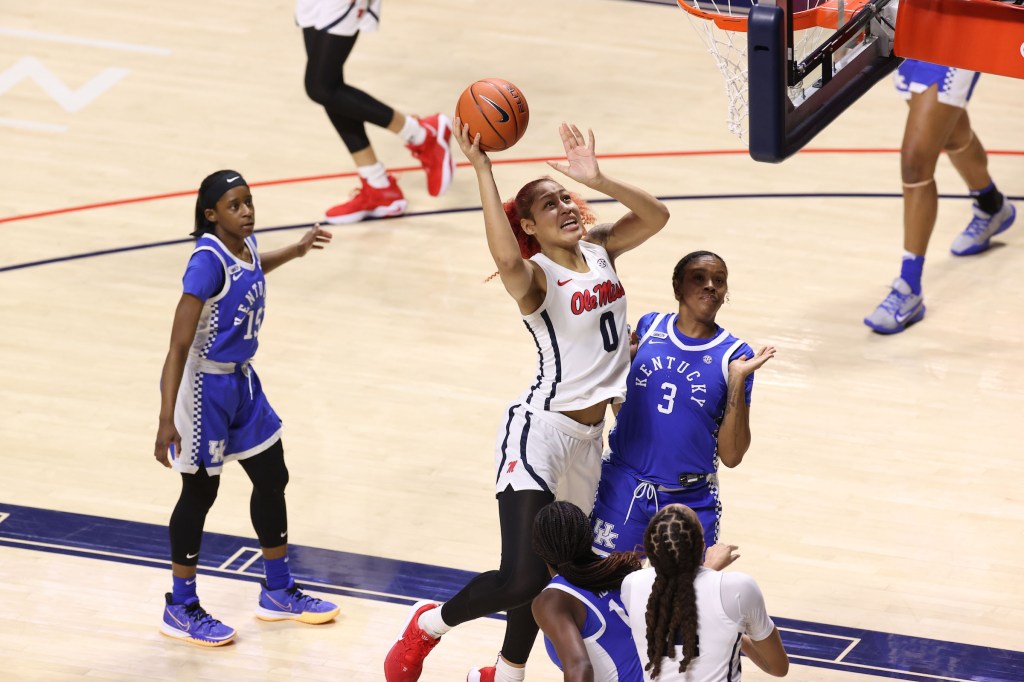 Ole Miss forward Shakira Austin attempts a shot against No. 15 Kenucky at The Pavilion on Thursday, February 4, 2021. The Rebels won 72-60. (Ole Miss Athletics)

After losses of 10 points or less the last three games, the Ole Miss women’s basketball team finally got it done on Thursday.

A strong defensive effort by the Rebels managed to bog down a Kentucky offense that has been held to 60 points only two other times this season prior to Thursday.

The Rebels (8-7, 2-7 Southeastern Conference) defense also helped overcome some of their sloppy play at times on offense, holding Kentucky to nine points off 14 turnovers and three fast break points off 10 Wildcat steals.

“The focus on the last couple days was just about finishing,” said Ole Miss head coach Yolett McPhee-McCuin. “We have been talking a lot about finishing. It’s a lot of pressure to come in and want to help be a part of turning a program around that was storied and has been storied in the past. I feel it. So I know our players feel it because they’ve come here to change it.”

Another area the Rebels found success was points in the paint, more than doubling Kentucky with 42. Half of those came from Shakira Austin, who scored 21 points and pulled down 12 rebounds with nine of them on the defensive end.

Kentucky (13-5, 6-4) did not have an answer for the 6-foot-5 frame of Austin, who had her best performance against an SEC opponent this year.

“Coming from the Big 10, it’s definitely a more aggressive game (in the SEC),” Austin said. “Every game, everybody shows up to play. Every team, in my eyes, is one of the top in the nation. But honestly, I’ve just been able to play my game so it’s been a lot easier than the way I was playing at Maryland. I just came out pretty aggressive and kept crashing on the boards knowing nobody could stop me.”

Ole Miss takes a week off before traveling to Tuscaloosa to take on Alabama next Thursday at 6 p.m. CT.