Oxford School District honors Administrator and Teacher of the Year 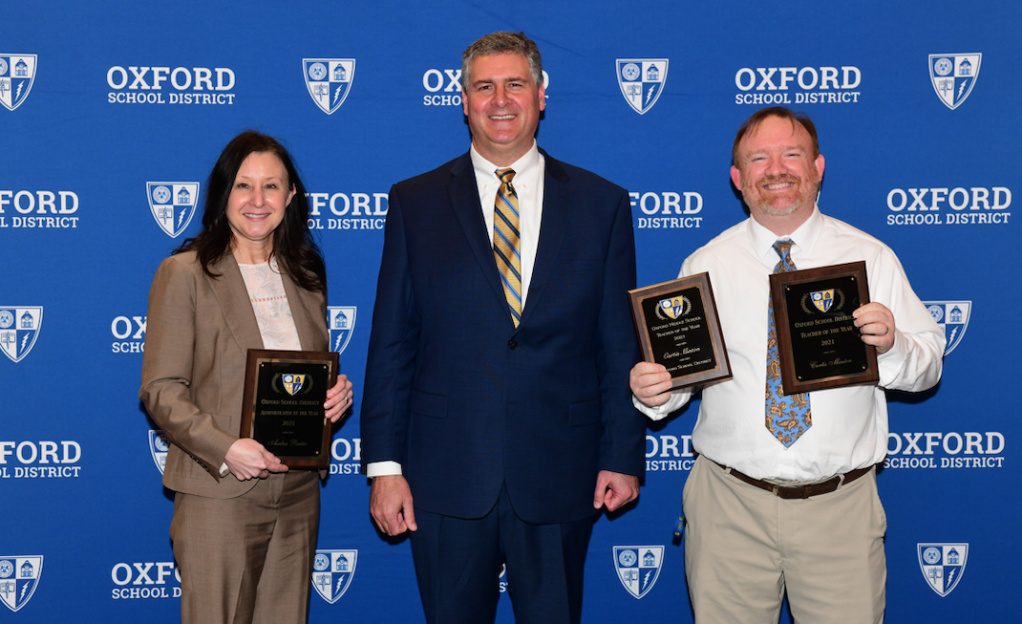 Curtis Minton has taught within the Oxford School District for the past 16 years and on Thursday, he was recognized by his peers.

The Oxford Middle School teacher was named OSD Teacher of the Year during a luncheon at the Inn at Ole Miss. Minton teaches eighth grade Mississippi Studies and World Geography at OMS.

Minton’s tenure at OSD began as a teacher at the old Central Elementary School, and then the sixth and seventh grade was combined into the Oxford Middle School his third year.

“Today is validating that I have made the right career choice and that hopefully, I’ve made a difference in the lives of not just my students but my colleagues somewhere along the way,” Minton said. “That means a lot to know that the great educators that I teach with thought enough of me to choose me as the representative for our school.”

Oxford school superintendent Brian Harvey commended the teachers at the banquet and all of his staff within OSD for the work they have put in over the past year during the COVID-19 pandemic.

“One of the things that was said was there have been plans and they’ve had to scrap those plans,” Harvey said. “That happens, but it’s happened more this year. They’ve persevered and got through it. Are our kids going to be where they were if this hadn’t happened? No, but I think the effort that these folks have put in will make them better than if they were somewhere else. There’s still a lot of states and districts that aren’t in school and I think work that our staff has done has been admirable.”

The annual luncheon is sponsored by Renasant Bank, which has sponsored it the past two years. In 2019, Dr. Harry and Christine Rayburn have committed 10 years of support for the Teacher of the Year recognition.