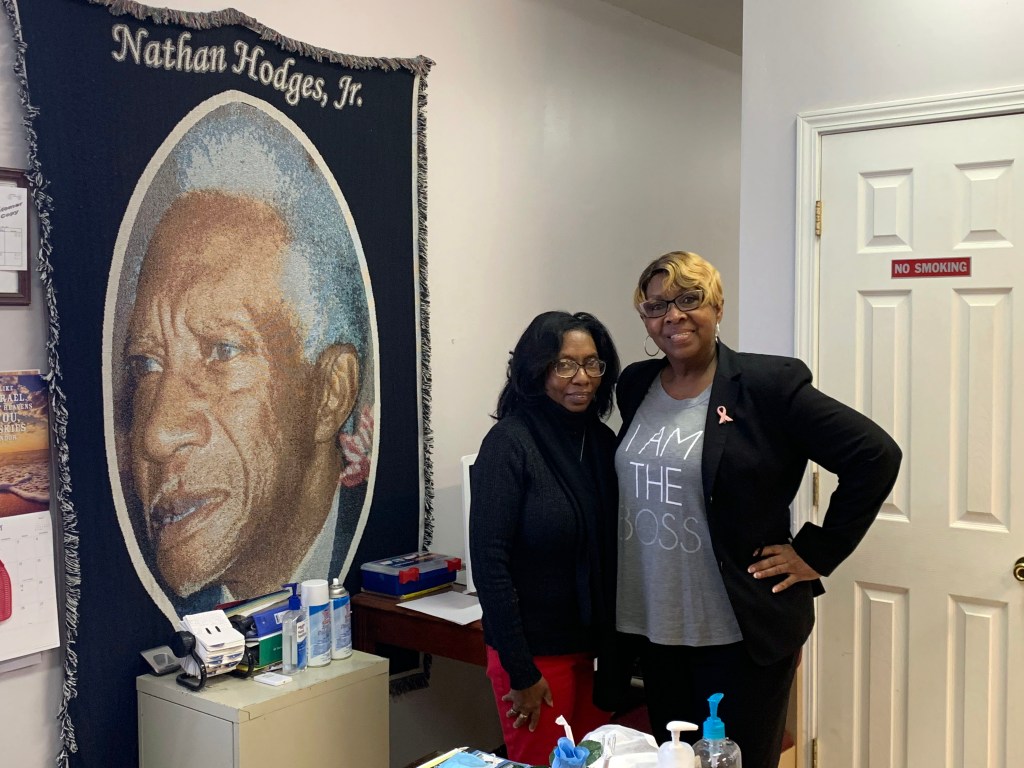 Editor’s Note: This is part of the EAGLE’s Black History Month series, which will publish every weekend in February.

In 2016, LaVera Hodges was faced with the challenge of building back up what her family had started over 80 years ago.

After professional differences between Hodges a former employee, whom she viewed as family, the future of L. Hodges Funeral Services was in serious doubt of being able to continue on.

The worry was short-lived. Within two months, the Lafayette County community rallied around Hodges and helped get her, and her family business back on its feet. The response showed Hodges how deeply connected her family was with the rest of the LOU Community and the amount of respect there was for that relationship.

“They encourage me on and they keep me encouraged to stay here, telling me how good a job we do,” Hodges said. “It’s wonderful.”

Hodges joined her father in 1973, which was when she realized she wanted to continue the business and discovered how passionate she was about running a funeral home.

Running a Black-owned business offers its challenges, Hodges said, and being a Black business owner for nearly 50 years has often added to those challenges. She has seen her share of ups and downs throughout the last five decades.

“I really never thought about the hardships and the struggle of the ups and downs until after my dad died (in 2002),” Hodges said. “Then, that was when I realized there’s a lot of battles and stuff you’ve got to fight and challenges you have to face. Since 2002, I’ve had some hard drops. I was almost rock-bottom and had to give up. The community support, love from the community, financial support kept me hanging in there.”

When Hodges lost her business’s previous location on Highway 30, she was without a place to continue and carry on her family’s legacy. That was in September 2016; by October of that year, the LOU Community had rallied together and found Hodges a new location and helped get the funeral home business back on it’s feet.

“The community turned the lights on for me,” Hodges said.

A funeral home, especially one that has endured as long as Hodges’ has, creates a special bond with the community in which it resides. It is there to help a family through one of life’s toughest moments when they experience unthinkable loss.

Hodges’ main goal is to provide for her family and keep a roof over their head, but she also said she knows and respects the responsibility of being one of the first Black businesses in Lafayette County and having endured for nearly 100 years.

“I know how hard my daddy struggled and battled through the Civil Rights to maintain a community status, relationship with the county,” Hodges said. “I know what it meant to him and I know how hard he worked and sacrificed for his family, for us, to have the business. That was my driving focus.”

In all the years since Hodges has taken over for her father, there are many things that have changed. But the biggest change and adjustment for Hodges has been in the last 19 years with the ever-evolving world of technology.

Along with the evolution of technology, Hodges has adapted to the new normal the COVID-19 pandemic created in the last year. Funeral services were one of the hardest hit when it came to limitations on gatherings. Last spring, the maximum number of people allowed to attend a funeral service was 10.

Funeral services take on different meanings in difference cultures and religions. For the African-American community and culture, Hodges explained, a funeral is a place to come together to celebrate a life of a lost loved one. It also requires holding a traditional ceremony inside of a church.

The coronavirus pandemic changed all that, but Hodges and her staff have adapted to that challenge as they have all the challenges before it through the years.

While Hodges is grateful for the help of the community in providing her business a new place to call home, she said she is constantly working and thinking towards the future of L. Hodges Funeral Services.