Local state of emergency declared in Oxford ahead of winter storm 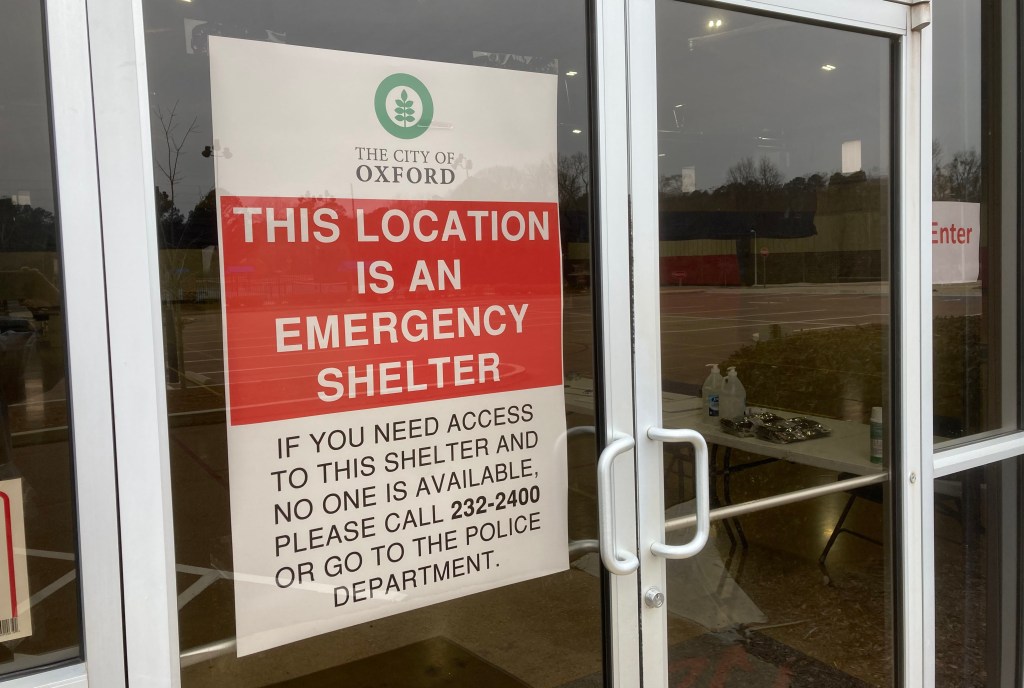 The Oxford Activity Center will become a temporary emergency shelter, starting Saturday at 8 p.m., for those who need to seek shelter ahead of the upcoming winter storm. (Bruce Newman)

With the impending winter weather set to arrive in Lafayette County late Sunday night, a local state of emergency has been declared for the City of Oxford.

Mayor Robyn Tannehill made the declaration on Saturday due to Lafayette County being under a Winter Storm Watch from Sunday at 6 p.m. to 12 a.m. on Tuesday.

Along with the state of emergency declaration, Tannehill announced a temporary emergency shelter is being facilitated at the Oxford Activity Center, located at the corner of Price Street and Molly Barr Road, for those in need of shelter over the coming days.

The shelter will be available starting Saturday night at 9 p.m. and will remain open until further notice. It is open to anyone who needs a warm place to stay during the storm. The shelter will be staffed 24 hours a day and cots are available, though anyone under the age of 18 must be accompanied by an adult.

Churches and other community organizations are being contacted to help with food and other items needed as the city sees how many people utilize the shelter. Those needing transportation to the shelter can call the Oxford Police Department at 662-232-2400 for assistance.