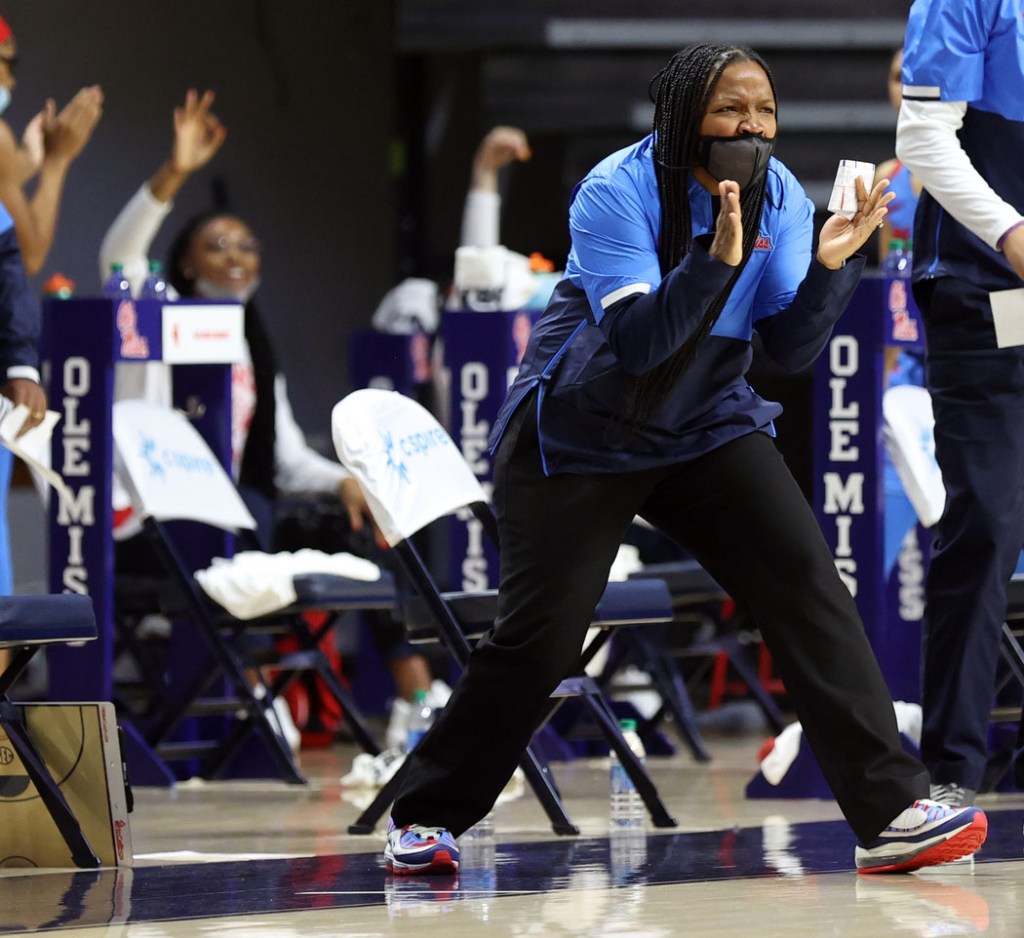 For the first time in more than two years, the Ole Miss women’s basketball team has a conference winning streak.

The Rebels defeated Alabama 67-62 in Tuscaloosa on Thursday, giving them their second-straight Southeastern Conference win since winning back-to-back games in January 2019.

With the newfound momentum and confidence, Ole Miss (9-7, 3-7 SEC) heads into their rematch with Mississippi State on Sunday at The Pavilion. The Rebels are also looking like the team head coach Yolett McPhee-McCuin envisioned this season. After a string of close losses to close out January, the Rebels are figuring out how to close out games, making them 2-0 in the month of February.

“We had been knocking on the door of getting a road win for the last couple of games,” McCuin said following the Alabama game. “I know you all have seen it because it’s been in front of our eyes. I’m really glad we were able to withstand the run. It was a very good team, very experienced. I thought we imposed our will today.”

Since the Mississippi State loss at Starkville on Jan. 10, the Rebels have found themselves in close games outside of a 16-point loss on the road at Georgia.

In that game against the Bulldogs (8-6, 3-5), Ole Miss had a chance to win in the final minutes but were unable to finally end the years-long losing streak to their in-state rival. Getting their second opportunity to grab a win over the Bulldogs, Ole Miss is focused on Sunday, but also beyond.

Stringing a couple wins together has given McCuin thoughts of a late-season run that could carry over into next month’s SEC Tournament and result in possibly making it back to the NCAA Tournament for the first time in 14 years.

“A win (on Sunday) would be just another SEC win for us,” McCuin said. “Our team wants to make a push to be considered for the NCAA tournament. We have big dreams and big goals, and (Mississippi State is) in the way of that. Every other team that we play is in the way of that. Now, they just happen to be in the way.”

While Ole Miss seems to be a program with an upward trend to it heading into the final weeks of the regular season, Mississippi State is anything but. Since their win over the Rebels last month, the Bulldogs have lost four straight, with two games canceled or postponed mixed in.

A win on Sunday would definitely keep momentum in the Rebels’ locker room, but it would help boost their resume. Despite having a top-15 win over Kentucky and picking up another win on Wednesday, Ole Miss is sitting at No. 43 in the NET rankings. They jumped four spots after defeating the Crimson Tide, but need to keep winning to continue giving themselves a stronger resume and more of a cushion in those NET rankings.

Ole Miss and Mississippi State tip-off at 3 p.m. CT on Sunday. The game will air on the SEC Network.