No. 6 Ole Miss set to open season this weekend at College Baseball Showdown 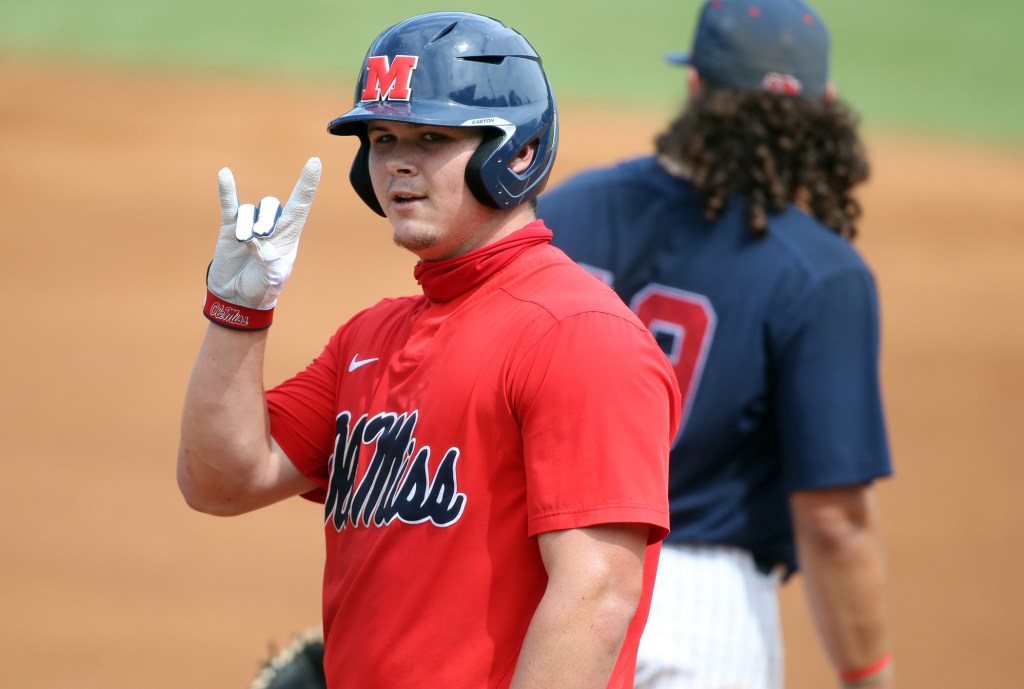 The college baseball season begins this weekend, and No. 6 Ole Miss is slated to start their 2021 campaign in Arlington, Texas – if Mother Nature allows.

The Rebels, along with No. 7 Mississippi State and No. 8 Arkansas, are representing the Southeastern Conference in the College Baseball Showdown at Globe Life Park. The three SEC teams will play Big-12 Conference representatives No. 3 Texas Tech, No. 9 Texas and No. 10 TCU.

Winter Storm Uri blew through the Dallas-Forth Worth area on Sunday before making its way to Mississippi on Monday. Another round of winter weather is set to hit the Dallas area again on Wednesday and then come to portions of the Mid-South by the end of the week.

With two of the six participating teams coming from Mississippi, Ole Miss head coach Mike Bianco told local reporters on Monday that the three games will be played, but several options for completing the tournament are on the table.

Conditions at Globe Life Park are not one of the concerns, as the Texas Rangers stadium has a roof-enclosure. The biggest worry is the safety of the teams making their way to Arlington.

Reports came out on Tuesday that the tournament had been delayed a day, starting on Saturday and running through Monday. No official confirmation regarding the schedule change was given as of press time.

Ole Miss is scheduled to open their season against TCU on Friday at 3 p.m. All three of the Rebels’ games begin at 3 p.m. with Texas Tech on Saturday and Texas on Sunday. Depending on when teams are able to arrive, Bianco said opponents could change, as well as the schedule, for the entire weekend.

The Rangers organization is working closely with the six teams, and a clearer picture could be known sometime Wednesday or early Thursday.

“It’s a little too soon right now,” Bianco said. “I think we’ve probably got to get through another 24 hours or so, maybe 48 hours, to figure out exactly when we’re leaving. But I think everything’s on the board. That’s why I don’t think there’ll be a doubt we’ll play. At least at this point, I feel very confident in that.”

Whenever the Rebels are able to kick off their season, they will be doing it with one less player making the trip. Bianco noted one player tested positive for COVID-19 and would not make the trip to Texas. No further details or specifics about which player it was were given.

If, for some reason, the entire tournament in Texas is scrapped, the Rebels would begin their season at home against Arkansas State on Feb. 23.