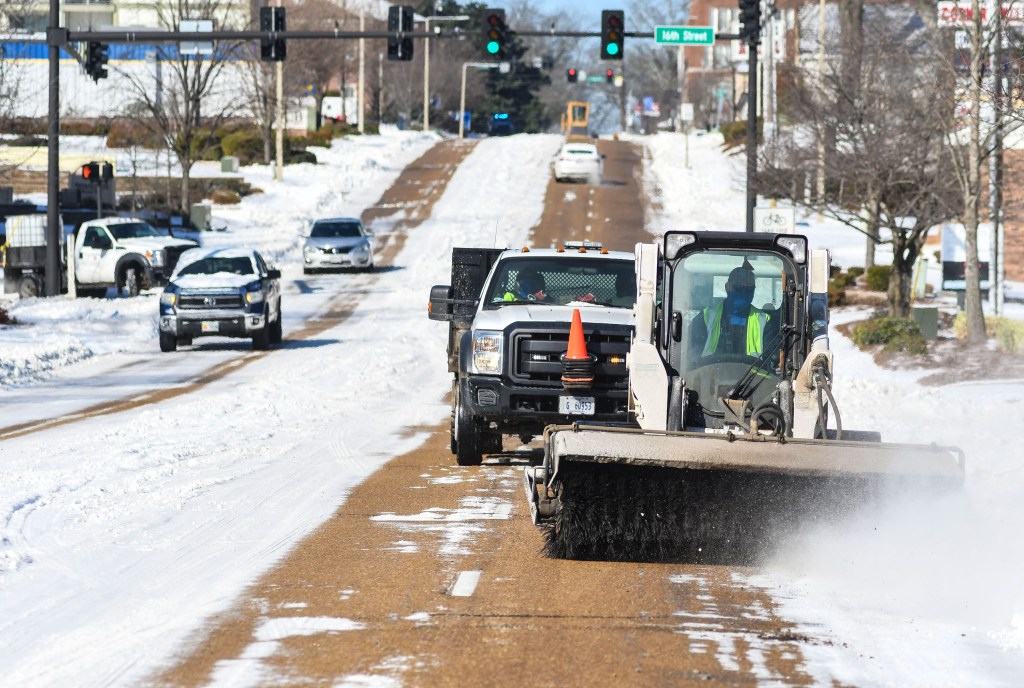 Winter Storm Uri hit Mississippi on Monday, leaving large amounts of ice and snow accumulations in its wake on Tuesday.

City crews have been working to keep the main thoroughfares open in Oxford with, one lane open on Highway 6 as well as one lane on Jackson Avenue West. University Avenue between South Lamar Boulevard and South 18th Street has been cleared, according to the Oxford Police Department.

The portion of Jefferson Avenue between Bramlett Boulevard and Ninth Street remains closed, due to heavy icing on the hills.

Both the Oxford and Lafayette County School Districts are keeping their campuses closed for the remainder of the week and students will continue with virtual learning through Feb. 19.

“Employees can’t get to work and home safely,” co-owner Brent Larson said to the EAGLE on Tuesday.

The MSDH had not made a determination regarding Wednesday’s appointments as of the time this story was published.