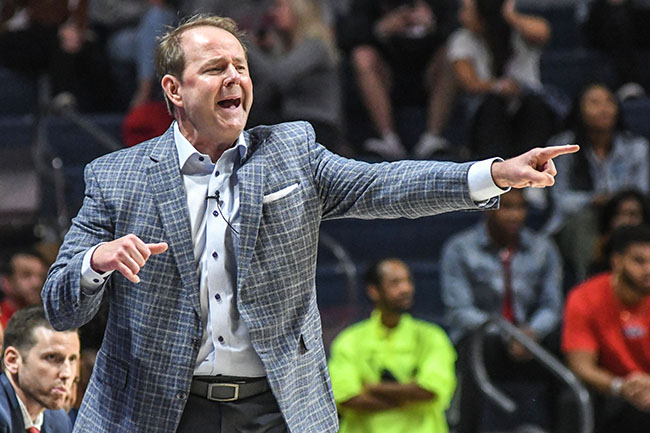 The Ole Miss men’s and women’s basketball teams were scheduled to play games on Thursday, but the weather altered those plans.

On Wednesday, the Southeastern Conference announced a total of seven games scheduled for Thursday, including both of the Rebels’ games, were postponed due to icy weather moving through the region on Wednesday and Thursday. No makeup dates were provided for the postponed games.

The men (12-8, 7-6 SEC) scheduled another home game against LSU earlier this week for Wednesday, but it was then pushed back a day to 4 p.m. CT on Thursday. The Rebels are currently riding a four-game winning streak, including two top-10 wins over Tennessee and Missouri during that stretch.

Slowly climbing back into the NCAA Tournament bubble conversation, the Rebels are currently the first team in the Next Four Out group, according to ESPN’s bracketology. Saturday’s home game against Mississippi State is currently still scheduled for Saturday at 5 p.m. (SECN).

“We’re still chasing,” said Ole Miss head coach Kermit Davis about an NCAA Tournament bid. “We’re on the outside and have we made up some ground? We probably have. What we got to do is control everyday.”

The women’s trip to No. 18 Arkansas was pushed back a day to Friday, which gave the Rebels an extended break that lasted eight days between games. The Ole Miss women have strung back-to-back SEC wins together for the first time since January 2019 and are looking to make their way back to the NCAA Tournament, currently sitting second in the Next Four Out group in ESPN’s latest bracketology projections.

“These next five games are all huge,” said Ole Miss head coach Yolett McPhee-McCuin prior to Wednesday’s announcement. “We’re paying attention. We see bracketology has us as the last four out. We have more than great opportunities the next five games. Any win against any of those would be huge. All we can focus on is the next opportunity.”

The final three games on the Rebels’ schedule are against top-20 opponents.