So Much Snow: Lafayette County hit with second wave of winter storm 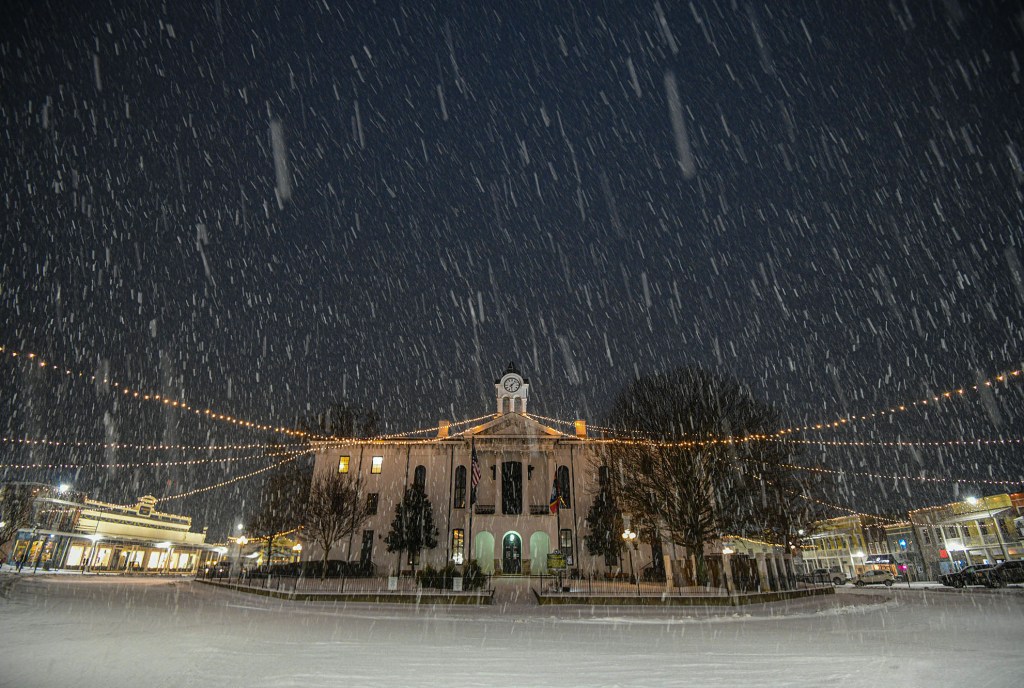 Oxford and Lafayette County were hit with a second round of winter weather on Wednesday and Thursday, producing large amounts of snow and ice.

From 6 a.m. Wednesday to 6 a.m. on Thursday, Oxford received approximately three inches of snow, according to the National Weather Service out of Memphis.

With much of Monday’s ice and snow still stuck to the roads and ground, the latest wave of accumulation caused travel issues to worsen. County roads are still iced over, while workers are continue to plow the major thoroughfares around the city of Oxford.

Oxford Mayor Robyn Tannehill continued to ask residents to stay off the roadways on Thursday to allow workers to get the roads as clear as possible before they begin to re-freeze when the sun goes down. On Thursday, she stated treatment of certain roadways was being stopped due to heavy amount of traffic.

“We can’t make progress with cars driving around us. Please stay home so we can work,” Tannehill tweeted.

Cold temperatures will continue into Friday and Saturday, but daily highs will reach above freezing for the first time in almost a week. However, ice is still a possibility over the weekend as Friday’s low is 9 degrees and Saturday’s low is 27 degrees. Oxford weather is not expected to go below freezing next week, with highs in the mid-50s and lows in the mid-30s.