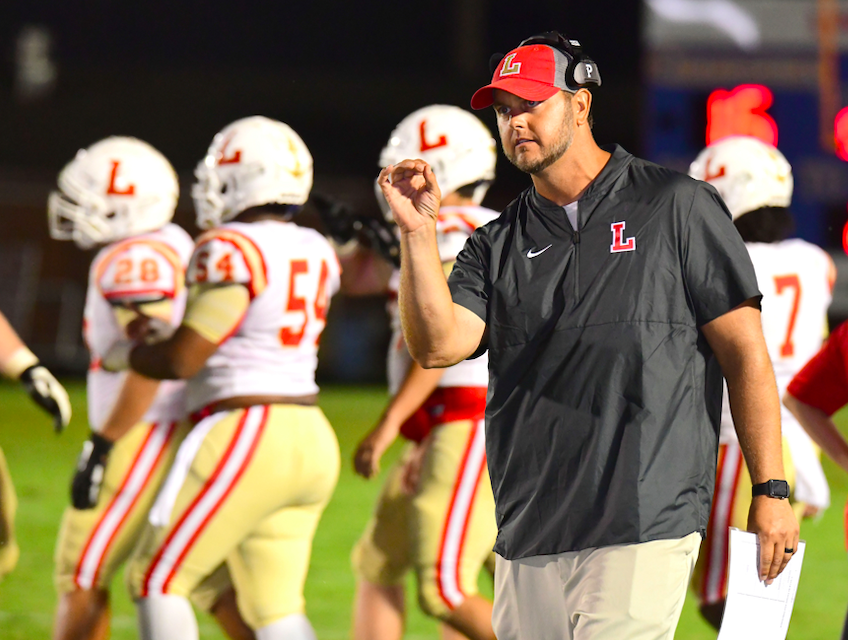 When Jason Russell began his coaching career, the ultimate goal was to become the head coach of a football program.

The goal has been accomplished, as Olive Branch officially hired Russell as their next head coach on Monday. Russell’s hire marks the third head coach for the Conquistadors since 2017. Tyler Turner spent two seasons at Olive Branch before Darren Bowling took over last season.

Bowling stepped down after leading Olive Branch to a 5-5 record in the 2020 season.

“When I started 14 years ago, this was kind of always my goal. As a coach I always wanted to be a head coach,” Russell told the EAGLE. “I’ve been very selective and picky with where I took and opportunity to do that at. I felt like Olive Branch is a program that has an opportunity to win every year, challenge for championships and just be a highly successful program.”

Russell started his coaching career at Oxford High School in 2007, where he spent eight years on the football staff. In 2015, Russell led Oxford’s boys powerlifting team to four state championships. In 2016, Russell was hired to be part of Lafayette head coach Michael Fair’s inaugural staff, when the Commodores went on to the Class 4A state title.

Between coaching at the two schools, Russell has experience at the Class 5A and 4A levels and will be coaching for the first time at the 6A level this fall when the 2021 season begins in August.

“‘I’ve been around two of the best football programs in the state the last 15 years,” Russell said. “I feel like that time at both programs has given me a different perspective. Both jobs did and it kind of got me ready for this one.”

Russell’s departure now leaves a void on Fair’s staff as Fair begins looking for a new offensive coordinator. The Commodores finished 7-5 in 2020 and averaged 313.5 yards per game on offense under Russell.

“(Russell’s) ready and he’s going to do a great job and to be honest with you, I take a great deal of pride in having a guy that’s been with me for a while go be a head coach at that program,” Fair told the EAGLE. “He’s a big part (of our success). We’ve been together for five years now, and being in a meeting room with the same guy for a long time, you start finishing each other’s sentences and having the same line of thought. … We’re not only losing a good coach, we’re losing a good friend.”