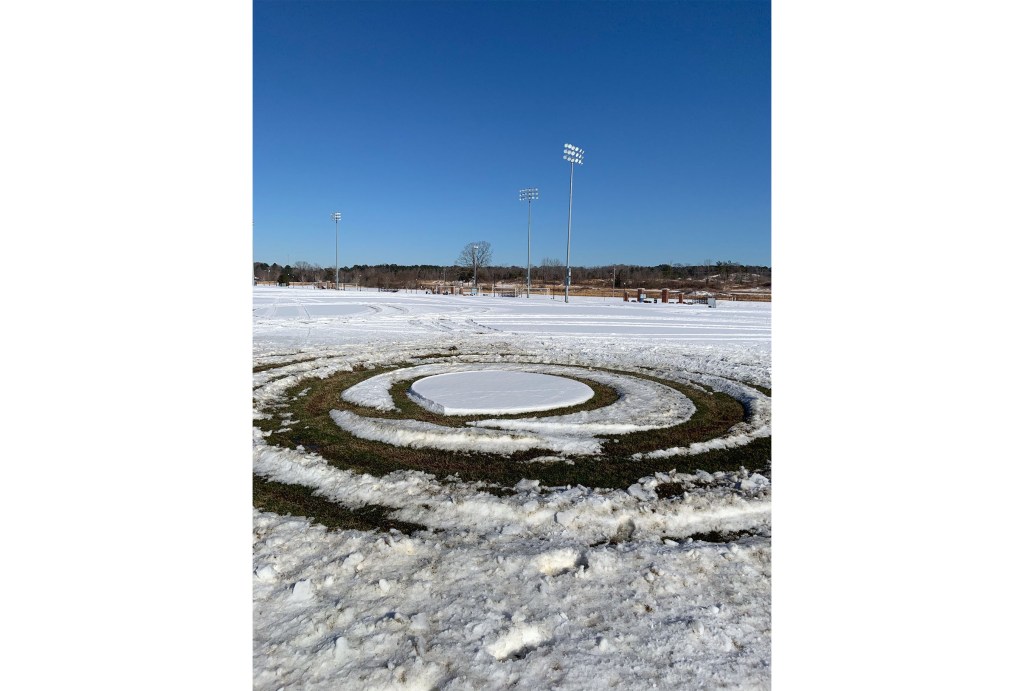 Officials with mTrade Park are still assessing the full extent of the damage done to soccer fields after they were vandalized last week.

On the night of Feb. 17, several of the fields had a vehicle that appeared to do donuts in the snow, leaving deep ruts in some spots. Once the ice and snow began to melt away on Monday, mTrade Park director Brad Freeman said his crew was beginning to investigate the fields fully.

“We’re just still kind of in that process of figuring out what needs to be done to repairing this facility,” Freeman said. “There are some ruts out there left from the damage. Pretty much every place that was driven over, it’s been disturbed in some fashion.”

According to the Oxford Police Department, a pickup truck drove over the soccer fields and they are looking for a white 2003 or 2004 Toyota Tacoma.

Athletic fields are designed with drainage in mind, and when mTrade Park laser-graded their soccer fields, it was specifically for the purpose of getting the most efficient drainage as possible. Another issue could be the sprinkler system which might have been affected by the truck’s tires.

“Your field is only as good as your drainage,” Freeman said. “You have wet fields, you’re constantly canceling (games) because they’re too wet and can’t play. … We don’t know what irrigation damage there’s going to be. That’s something we’ll have to turn back on and see how many (sprinkler) heads are broken off. If you break off a head, you cause a leak, and could lead to a vast array of issues.”

As of Monday, residents had raised $2,500 in reward money for anyone with information leading to the people who damaged the fields. Ole Miss soccer head coach Matt Mott pledged $500 over the weekend.

Two travel soccer teams use the fields daily for practice, including the Mississippi Flood. Freeman said those teams were unable to practice on Monday, but hoped to have some fields up and running soon. The Oxford Park Commission will begin their spring soccer season in March, with games beginning in early April.