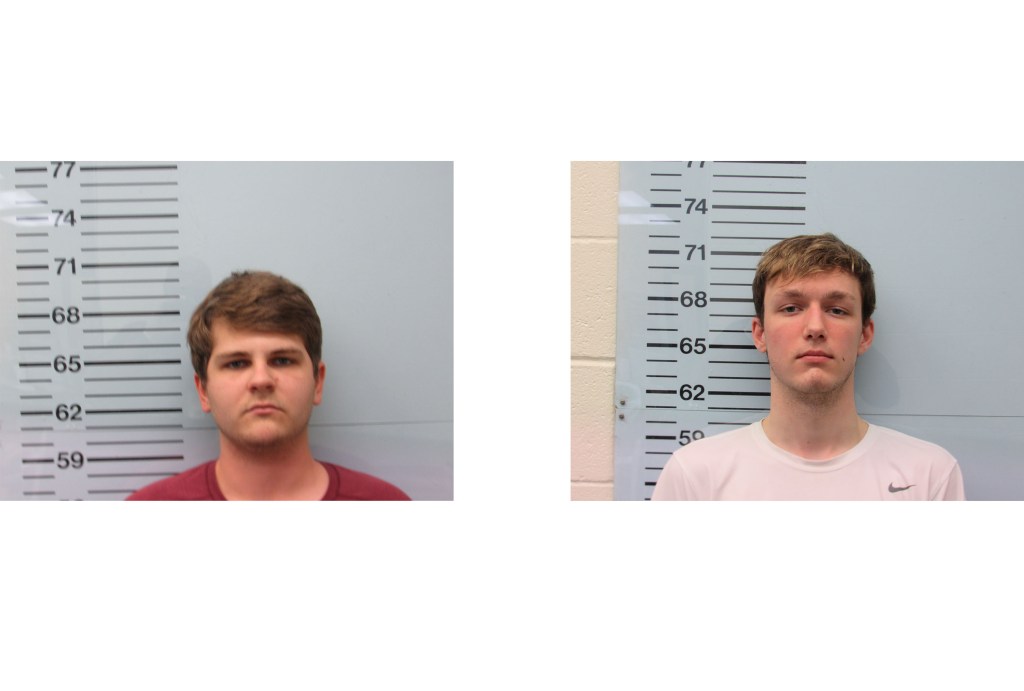 Two men are facing felony charges for their alleged involvement in the vandalism of the mTrade Park soccer fields last week.

On Feb. 24, investigators with the Oxford Police Department arrested Christian Clark, 21 of Oxford, and Alexander Stryker, 19 of San Jose, Calif. Both were charged with Felony Malicious Mischief and were both issued a $5,000 bond.

During last week’s winter storms, all five fields at mTrade Park’s soccer complex were vandalized when vehicles drove over them sometime between Wednesdy and Thursday, according to OPD.

After meeting with officials with mTrade park and assessing the damage, the estimated cost to repair the fields was $50,000.

After news of the vandalized fields spread on Friday, Oxford residents came up with $2,500 in reward money for anyone with information regarding the incident that would lead to an arrest. The reward distribution will be handled by the Lafayette County CrimeStoppers, according to OPD.