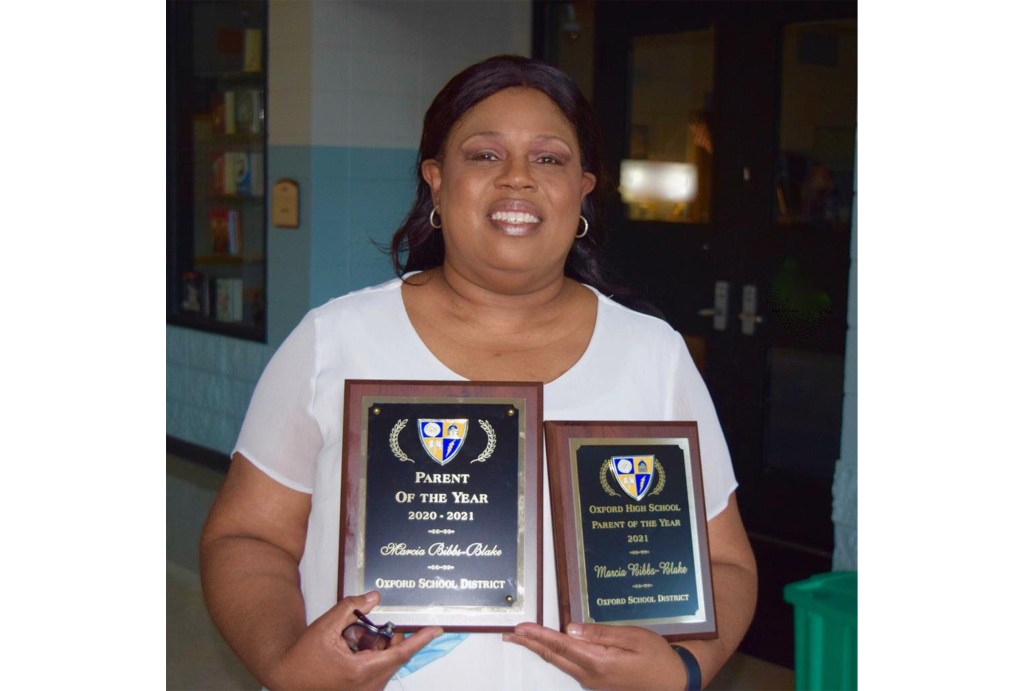 When the pandemic took away the ability for many to see their children take the field or court at Oxford School District athletic events the past year, Marcia Bibbs-Blake stepped in.

Broadcasting live feeds from her Facebook page, Blake allowed those who could not cheer on the Chargers in person to do so from the comfort and safety of their homes.

Due to that, and other ways Blake has helped OSD, she was named the school district’s Parent of the Year. The honor was announced during the OSD Board of Trustees meeting on Feb. 22.

Blake, who was also named Oxford High School’s Parent of the Year, assists in the local Boys and Girls Club and provides dinner for her church.

“She is known as the quintessential sports mom,” said SuzAnne Liddel, director of federal programs for the OSD, during the meeting. “She’s done all of this in this time of COVID; when it was difficult for parents to get involved, she’s helped them get involved. Whether her own child is an active participant or her numerous other ‘children’ whom she has loved and mothered for years are participating, Marcia is the best cheerleader and community supporter around. She truly embodies the idea of ‘Charger for life.'”

A committee reviews all nominations for Parent of the Year at the OSD campuses.