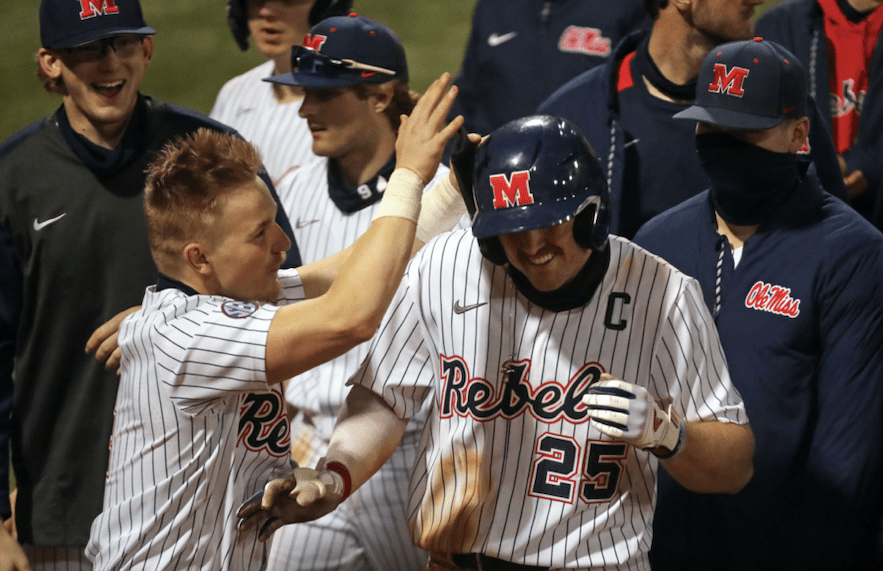 The No. 4 Rebels defeated Jackson State 12-1 in seven innings at Oxford-University Stadium on Wednesday, completing a midweek sweep. They defeated Memphis 16-4 on Tuesday.

Scoring occurred early and often, with the Rebels (7-2) scoring seven of them in the first inning with the help of walks, hit batters and only two of their seven hits.

Ole Miss scored a run in the second inning, three in the fourth and one in the sixth, allowing them to run-rule the Tigers (3-5).

Over the two-day stretch, the Rebels scored 28 runs off 18 hits.

“We didn’t get the walks this weekend and that’s why we didn’t score as many runs,” Bianco said. “In the last two days I think we’ve won 11 of the 14 3-2 counts, we walked. That’s a big difference. A big difference from the weekend where we chased a lot of those pitches and struck out. Where (this week) we were a little more disciplined and took those pitches.”

Tyler Myers got his first start of the season for Ole Miss, working two shutout innings before giving way to the bullpen. Luke Baker, Josh Mallitz Wes Burton, Brandon Johnson and Braden Forsyth each worked one inning. The Rebel staff struck out 13 batters and did not issue a walk.

The Tigers got their lone run in the sixth inning off an RBI single by right fielder Chandler Dillon.

Ole Miss continues their lengthy opening homestand with a weekend series against Belmont, starting on Friday. First pitch is set for 6:30 p.m.