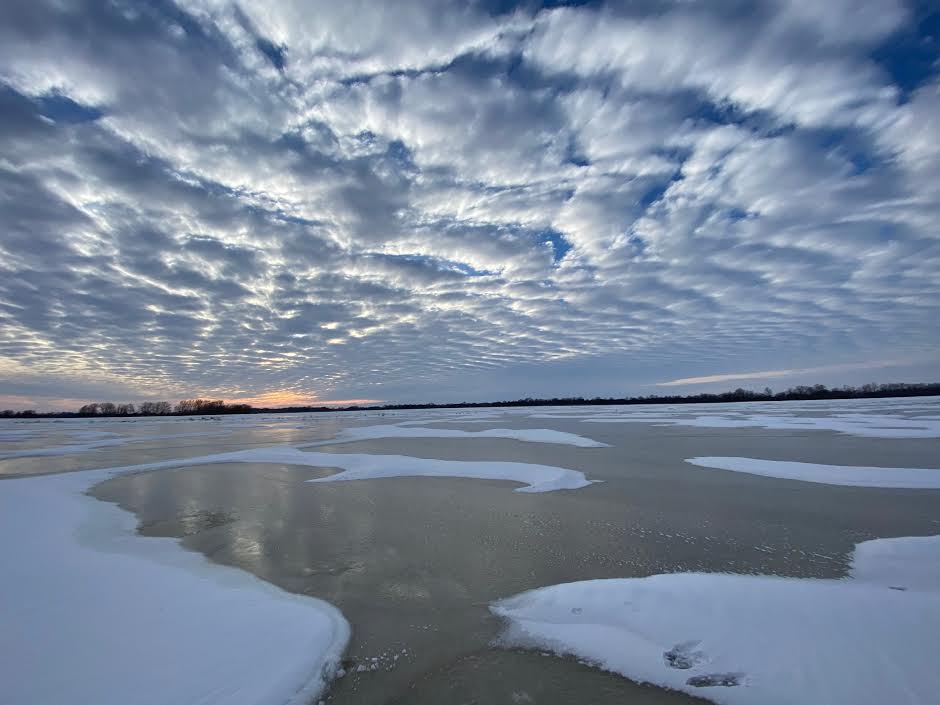 With recent below-freezing temperatures and several inches of snow, Mississippi farmers were faced with a lot of uncertainty and loss. Some losing lots of product within the week of the storm, and others not knowing how extensive the damage will be until weeks to come.

“Some stuff just didn’t survive the cold, the week before we had just planted 30,000 onions, so now we have to monitor it the next few weeks to see how many ends up making it through. We just don’t know yet,” said Sam Mclemore, owner of Beautiful Harvest farms. “We won’t really know how many things planted underground survived until a couple of weeks from now.”

Many crop farmers were able to try and cover all of their plants and produce before the storm came to try to produce minimal loss throughout the week.

“Before the storm came, we bought these huge waterproof covers to put over our strawberry and onion beds. We also were able to close our greenhouse tunnels and put covers over them,” Mclemore said. “Although using the covers meant not giving the plants proper sunlight and vitamins making production grow a lot slower.”

Cattle farmers were also faced with big challenges throughout the storm, just like crop farmers. Many live animals had to endure freezing temperatures they had never experienced before.

“It was horrible; this is the season where many calves are starting to be born. We had to constantly bring cold babies in and warm them up with hot baths and hairdryers as well as bottle feed them,” said Paula Brown, co-owner of Brown Family Dairy.

“We endured a lot of loss with this. We had four baby calves born during the night that we didn’t catch and the next morning when we found them,  they were frozen to the ground dead, as well as one accidentally stomped on while in a bed of hay,” Brown said. “We also had several born during the storm that were blind. We aren’t quite sure how the storm caused them to be blind, though.”

At Faulkner Farms, the main concern was trying not to lose too much product to the freezing temperature

“The main hardship throughout the storm was trying to keep the eggs from freezing before collecting them,” said Dey Faulkner, Owner of Faulkner Farms.

Right now, produce farmers all over the nation are trying to recover from loss due to winter weather.

In their annual first-quarter report, Sanderson Farms reported that “As a result of these interruptions, we will have approximately 1.6 million fewer chickens to process at our Mississippi, Louisiana and Texas processing plants over the next 10 weeks.”

Beef and dairy farmers tried to prepare for the snow by putting extra hay and seed in barns, as well as making sure animals had extra water before the storm froze over everything.

“My son and I picked apart hay and threw it in the barn as bedding for them. We also made sure every day they had water by busting open a frozen spot in the pond,” Brown said.

“For chickens, we had to bed down extra hay for warmth inside. We also put a hay bale by each chicken coop to provide a dry spot allowing chickens an outside area away from the weather,” said Faulkner.

Another main issue that many farmers are facing from harsh storm conditions is being behind in farming and sales. Many farmers are using this week not only to clean up from the storms but play catch-up as well.

“The weather slowed our production, which will now affect our timing for the rest of the season,” Mclemore said. “We weren’t able to harvest anything last week. This is also usually our planting and seeding week and was not able to get any of that done last week.”

Many other farms across the country are experiencing similar problems to Mississippi farmers.

This week, the U.S Department of Agriculture released a statement, stating “USDA is committed to getting help to producers and rural Americans impacted by the severe weather in many parts of the country. As severe weather and natural disasters continue to threaten the livelihoods of thousands of our farming families, we want you and your communities to know that USDA stands with you,” said Kevin Shea, acting secretary of agriculture, in a news release. “Visit farmers.gov or your local USDA Service Center to inquire about assistance.”

For the next couple of weeks, many farmers will be working longer and harder hours in order to prevent major loss this season.

“The impact of the storm created more labor-intensive days on the farm and backlog of eggs because vendors were shut down due to the storm,” said Faulkner.

Although the storms produced much loss for farmers this week. There were a few positive things to come out of it for Brown Family Dairy.

“We were very fortunate to have a big meat supply during the storm. With Kroger, Walmart and Larson’s CashSaver being all sold out of produce, we were able to step in and feed the community with our meat supply,” said Brown. “We were also able to supply the community with milk this past week. Shane would drive his truck to town to deliver milk.

“We were the only people delivering milk locally last week. We feel honored to help the community.”

Despite the challenges ahead, North Mississippi farmers are optimistic and determined to get things back to normal and serve the community.

“Out of every difficult situation, people learn and grow from them, For us, I think we learned how to prepare more efficiently in the future and little nuisances here and there to make us better farmers and stewards of the land,” said Ley Faulkner.