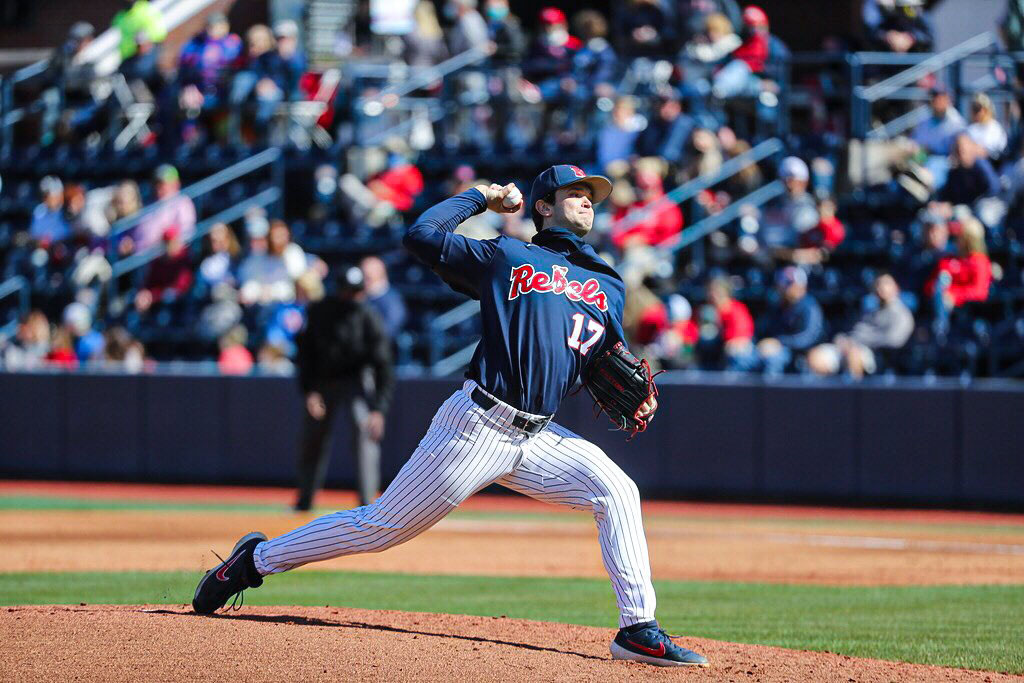 On Saturday during breakfast, Kevin Graham talked with his teammates about when his next home run would come. Turns out it was coming hours later.

The left-fielder provided the heroics with a solo home run in the eighth inning as the Rebels defeated Belmont 4-3 at Oxford-University Stadium to pick up their first series win of the season. Ole Miss beat Belmont 12-4 in Friday’s series opener.

After tying the game up with three runs in the bottom of the third inning, the Rebel bats went silent for five straight innings before Graham’s lone hit of the game served up his first home run of the season for the winning margin.

Scoring 12 runs off 11 hits on Friday, the Rebels (9-2) struggled at the plate on Saturday with only nine hits.

It has nearly been a year since Graham hit a home run, coming against ULM in what became the final game of the 2020 season.

“I wasn’t too concerned about it. I know (home runs) are going to come,” Graham said. “It feels really good to hit one again, because it’s been a while. …We were just kind of joking around at breakfast. I’ve been starting to swing it a little better of late and I was like, ‘You know, when am I going to get one out of here. I’ve been hitting a lot of ground balls in the infield. Lets get something in the air soon.’ I saw the wind today and thought probably not going to be my day, but we got one.”

Justin Bench continued his hot start at the plate, going 3-for-4 with a run scored. The center-fielder is currently hitting .350 (14-for-40).

Gunnar Hoglund took his usual place on the mound and had a quick start to his Saturday outing, striking out the side. The junior struggled at times but managed to go 5.1 innings, giving up three runs off five hits while walking two and striking out seven.

Hogulnd has struck out 28 batters in 17.2 innings of work.

Jackson Kimbrell and Taylor Broadway worked 3.2 innings of shutout relief. Broadway picked up his first win of the season and fourth of his career, working the final two innings.

“I felt sharp. Came out there and that time of the game you want to keep it tied,” Broadway said. “Huge by Kevin to put a go-ahead home run (in the eighth). Filling up the strike zone and trusting the guys behind you.”

Ole Miss looks for the series sweep on Sunday with first pitch scheduled for 1:30 p.m. CT.