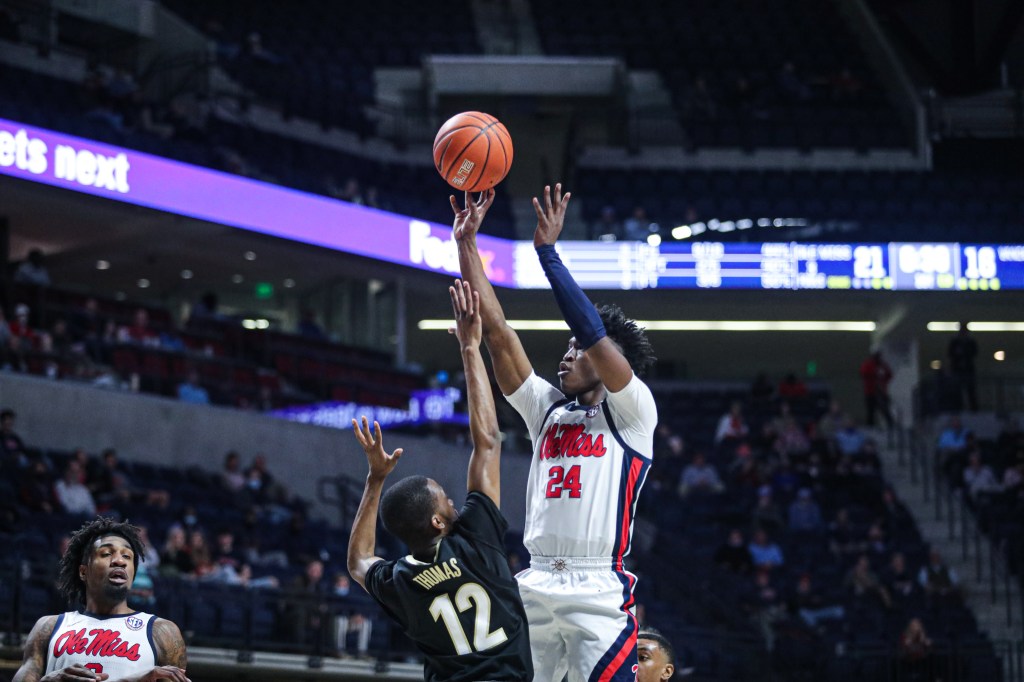 There is a simple, but easier said than done, solution for the Ole Miss men’s basketball team to make this year’s NCAA Tournament: just keep winning.

Heading into this week’s Southeastern Conference basketball tournament, the Rebels are still sitting on the bubble, but have plenty of work to do and will need some help to continue playing into mid-March.

Following Saturday’s win against Vanderbilt in the regular-season finale, Ole Miss finished 10-8 in SEC play and 15-10 overall. That result was good enough to land them the No. 6 seed in the SEC tournament and a second-round match-up with 11 seed South Carolina in Thursday’s second round.

“There’s no question we have to go and win a couple games in Nashville; maybe one, maybe two,” said Ole Miss head coach Kermit Davis following the Vanderbilt game. “It’d be nice to make a great run. We’re like one of probably eight or nine teams that has an opportunity to do that. We can sell our resume. We’ve got some holes in our resume, probably like the rest of the teams. There’s probably 15 or 20 teams in that category like us.”

A win over the Gamecocks and a quarterfinal win over LSU on Friday might be enough get the Rebels into the dance, but making it to Sunday’s championship game may be what is actually needed.

As of Tuesday, ESPN’s Joe Lunardi has Ole Miss sitting atop the Next Four Out in his latest bracketology update ahead of the conference tournaments this weekend.

Utah State, Saint Louis, Syracuse and Memphis are the current First Four Out group. Memphis, who lost to Houston in the final seconds of their game on Sunday, moved out of the Next Four Out and got closer to an at-large bid according to Lunardi.

After a poor start to SEC play, going 1-4 in their first five games, the Rebels began to turn thing around in February. Ole Miss won seven of their last nine games to end the regular season, including a four-game winning streak.

Losses to Mississippi State at home on Feb. 20 and at Vanderbilt on Feb. 27 damaged the Rebels’ bubble chances, though they are still not out. Ole Miss’s wins over then-No. 11 Tennessee and two over ranked Missouri help their case to the selection committee come Sunday.

“But one thing we have done, we’ve won seven out of nine to win the SEC year and we are — I think maybe we have eight Quadrant 1 and 2 wins, which is quite a few for this time of the year and those teams between 40 and 70,” Davis said. “Our NET’s around 52, 53, BPI is high 40s. So, we’re in the conversation. We’d like to have our program to where we’re in the tournament like we were, maybe a couple of years ago and you’re just going into the tournament, trying to play for a championship and seeding. But it’s still exciting and I know our guys are excited about getting to Nashville.”

Ole Miss and South Carolina tip off at 8 p.m. CT, or 25 minutes after the conclusion of Georgia and Missouri’s game on Thursday. The game will air on SEC Network.