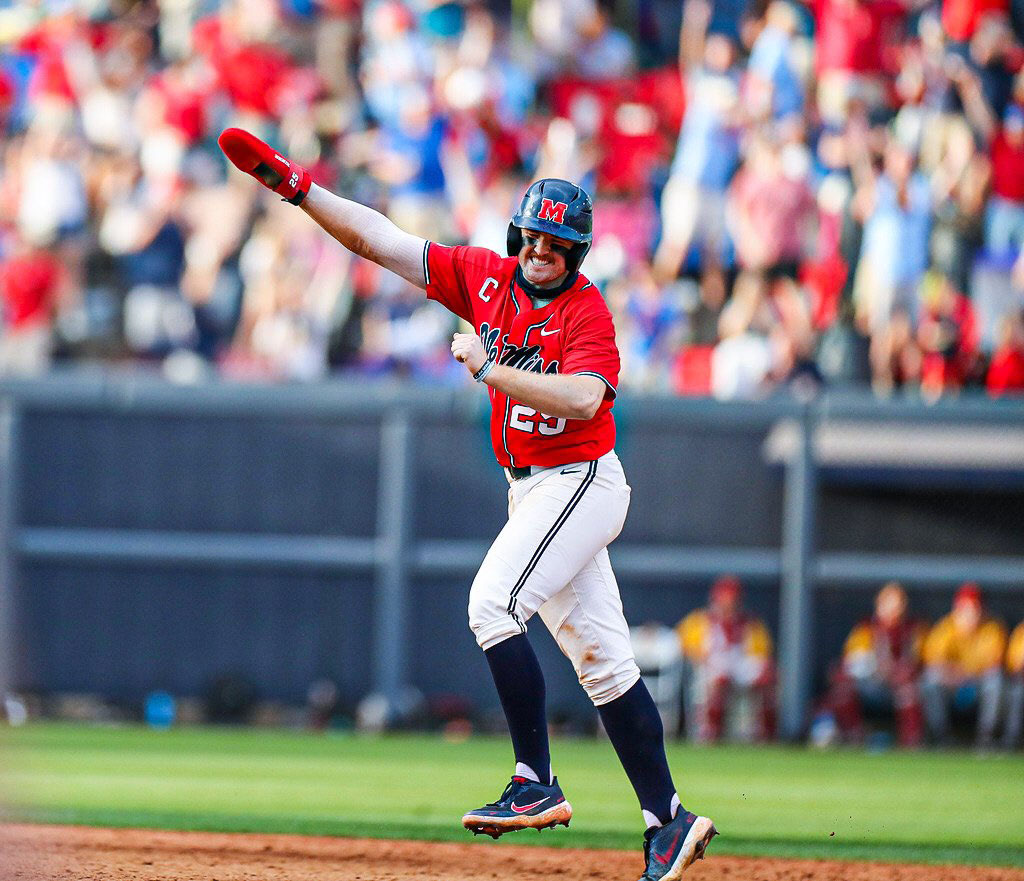 For a second weekend in a row the Ole Miss baseball team walked it off.

Kevin Graham sent a two-run home run into the right field bullpen in the bottom of the ninth inning, giving No. 4 Ole Miss the 6-5 win over UL-Monroe on Saturday at Oxford-University Stadium.

The Rebels (13-2) are now winners of eight straight after seeing their 21-game win streak end against Central Florida on Feb. 26.

Saturday’s performance at the plate was not as dominant as it was in the Rebels’ 10-0 win over the Warkhawks (5-6) in Friday’s series opener. Despite scoring six runs off 11 hits and committing three errors, the Rebels managed to do enough to overcome the late one-run deficit.

“I think the best thing about this team is everybody up and down the lineup and on the bench has the complete confidence we’re going to find a way to win,” said Graham. “Whatever way that may be. Coach (Mike Bianco) always says you got to win all kinds and we got a real belief we’re going to win each game.”

ULM took advantage of a shaky outing by Taylor Broadway in the eighth inning, scoring three runs off of a walk and a couple singles to take a 5-4 lead, their first lead of the weekend.

Broadway came back with a one-two-three inning in the ninth to keep the Warhawk’s lead at one, setting up Graham’s heroics.

With the shakeup in the weekend rotation with Gunnar Hoglund becoming the Friday starter and Doug Nikhazy moving to Saturday once he returns from a chest strain injury, it allowed an opportunity for Drew McDaniel.

The sophomore made his first career weekend start and went 5.2 innings giving up two runs, one earned, off four hits and struck out five batters.

Graham went 4-for-5 with four RBIs while third baseman Tim Elko continued his resurgence at the plate, hitting 2-for-4 and scoring three runs.

Ole Miss will turn to Derek Diamond on Sunday as they go for their second straight weekend sweep to cap their 13-game opening homestand. First pitch is scheduled for 1:30 p.m.