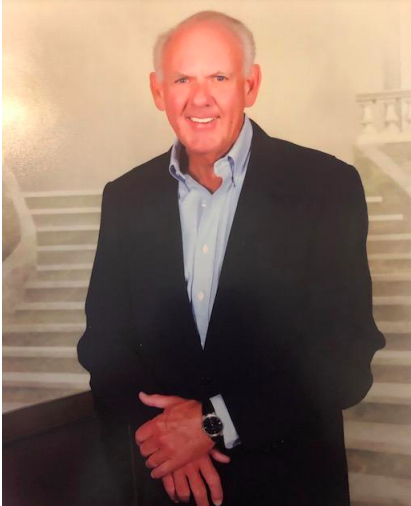 Ben Grey Hilbun, 78, of Cherokee Village, Ark., passed away at his home on March 1, 2021. Ben, formerly of Memphis, Tenn., was CEO and President of the largest home health services company in Memphis during the 90s. What began as part of Upjohn Health Care Services, became Trinity HealthCare Services in 1991. Ben later sold the company to the Baptist Health System. Ben was born and raised in Oxford and graduated from University High School in 1961. Ben had the heart of an entrepreneur and visionary from the start. As a teenager, he and a high school friend set up a hamburger/hot dog stand near his father’s car dealership, sold snow cones and popcorn, and had a newspaper route. Although he grew up in the same town as the University of Mississippi, he decided to attend Mississippi State University where his uncle was president. He was a proud member of Sigma Chi fraternity and served as their house manager while a student at Mississippi State. Ben worked his way through college as a drug store attendant, a manual laborer in the summer, a door-to-door Bible salesman in rural Kentucky, and as the business editor of the school newspaper. Ben graduated from Mississippi State in 1965 with a BS in marketing and business administration. While working for Smith, Kline and French Laboratories, he developed an interest in the healthcare field and in 1973 bought the local franchise of Upjohn HealthCare Services. In 1991, Ben’s franchise began to operate as an independent enterprise under the name of Trinity HealthCare Services. He grew his company to include approximately 1,000 employees, serving several thousand patients annually. Trinity later merged with Baptist Memorial Health Care System and was later sold to Baptist. Ben was active in various community organizations in Memphis, including The American Heart Association, Shelby County Division, for which he served as the development chairman; the American Cancer Society of Shelby County; and as a counselor for Camp Horizon, sponsored by the Tennessee Division of the American Cancer Society. Ben was also a part of Leadership Memphis Class of 1987-88. After his retirement, he continued his professional life as a guest speaker for many organizations. Ben met LuAnn in 2005. Together, they golfed, canoed, kayaked and hiked – anything outdoors. They traveled the world, but Ben’s favorite mode of travel was driving his own motor coach. They drove and camped all over the United States, their favorite spots being the many National Parks in the western United States. He and LuAnn relocated from Naples, Fla., to north central Arkansas five years ago. His favorite spot in the world was his little cabin on the Spring River, very near the house they purchased in Cherokee Village. Family and friends will gather later this summer to spread his ashes near his beloved cabin. Ben is survived by his long-time partner, LuAnn Martin; daughters Jennifer (Brian) Walker of Franklin, Tennessee and Brooke (Dwayne) Pate of Nashville; sisters Elizabeth McMurray of Memphis and Melynda (Mickey) Ursic of Tuscaloosa, Alabama. He will also be missed by his four grandchildren, two nephews, four nieces, four great-nephews, three great-nieces and many extended family members, including Ms. Martin’s daughter and grandchildren. He was preceded in death by his father, Ben Jack Hilbun and his mother, Mary Elizabeth Huggins Hilbun, both of Oxford Mississippi. The family requests that donations in Ben’s memory be made to either: MD Anderson Cancer Center P.O. Box 4486 Houston, TX 77210 OR Legacy Hospice 314 Hwy 62 W. Salem, AR 72576