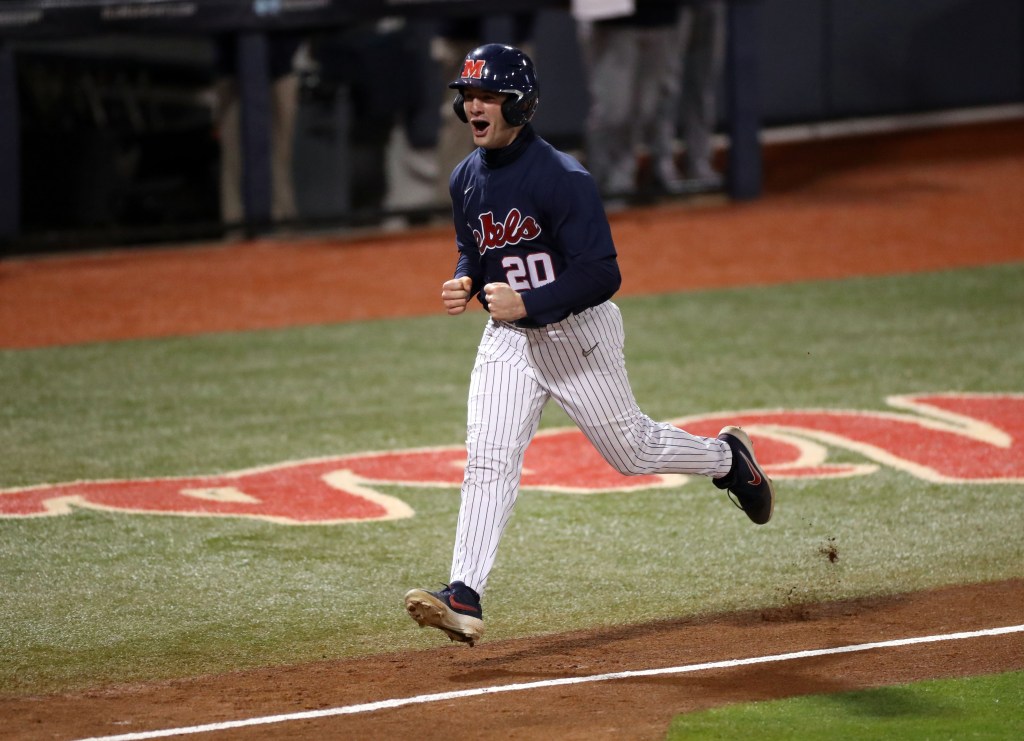 Calvin Harris’s first at-bat in a Southeastern Conference game could not have gone much better.

The freshman entered as a pinch-hitter for John Rhys Plumlee in the bottom of the eighth and delivered the game-winning home run in No. 4 Ole Miss’ 1-0 win over Auburn in the SEC opener at Oxford-University Stadium on Friday.

Harris provided the spark the Rebels offense needed after another lackluster performance at the plate.

“I was just went out there looking for a barrel. Just get on base anyway possible,” Harris said. “I got a pitch I could hit and thankfully I got a good barrel to it.”

The Rebels (14-4, 1-0 SEC) struck out only four times, but were unable to figure out Auburn starter Cody Greenhill all night. Greenhill worked seven innings, giving up only four hits and walked only one Rebel batter. The top half of the Ole Miss lineup with 4-for-17 with a double.

Harris went 1-for-1 with the home run while Peyton Chatagnier, Kevin Graham, Tim Elko and Hayden Dunhurst each went 1-for-3.

“That was a little bit of a headscratcher for us,” said Ole Miss head coach Mike Bianco of Greenhill. “Obviously, he didn’t have a good fastball tonight. That was the plan, to attack the fastball and I think some our guys got jammed on a 87-mile fast ball. …I use the word overconfidence and I don’t mean it in an egotistical way. I think we got a little comfortable. I think we thought we’d go, ‘Hey, we’re going to be able to get to this its 88,’ and we didn’t. There were several at-bats that we just didn’t get to it and got beat.”

Newly-minted Friday starter Gunnar Hoglund provided his own masterful performance on the mound for the Rebels. The sophomore worked eight innings of shuthout baseball and struck out 13 Auburn (11-6, 0-1) batters.

Hoglund gave up five hits and walked one Tiger batter. The key inning of the game came in top of the seventh when Auburn got the first two runners in scoring position before Hoglund struck out the next three batters to end the threat and keep the game scoreless.

“I knew not give up any runs. I know it’s a tight game and runs in a ballgame like that are a premium,” Hoglund said. “I felt good. It’s always the same mentality. I train like that in the offseason to have that stamina for nights like this when you go eight innings.”

First baseman Cael Baker fractured the hamate bone in his hand during the Louisiana Tech game on Tuesday and underwent surgery on Friday. Bianco said the procedure went well and the rehab process begins with when Baker can swing the bat without pain serving as the barometer.

Bianco also said that Trey LaFleur will be out up to three weeks with mono.

Ole Miss will look to go for the series win over Auburn on Saturday. First pitch scheduled for 1:30 p.m. CT.