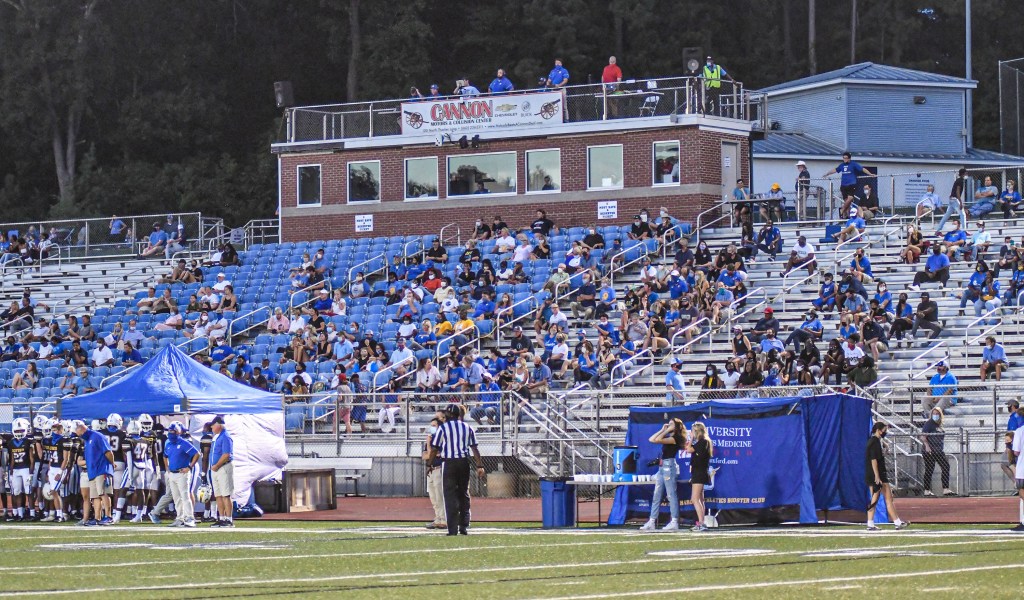 On March 12, 2020 the LSU baseball team was loading the buses to come to Oxford and play Ole Miss in the first Southeastern Conference series of the season, and then they were not.

That marked the first local impact of sports in Oxford and Lafayette County, but it would not be the last.

The pandemic arrived in Mississippi during spring break, meaning Oxford and Lafayette were out of school but baseball and softball teams were still playing games, until they were not.

The Mississippi High School Activities Association would later cancel the remainder of its spring sports calendar, joining the collegiate and professional ranks.

Sports were on pause and a date for resumption was nowhere in sight.

I went from covering full stadiums and arenas of fans and parents cheering their children and their favorite teams, to utter and complete silence. Those football and baseball stadiums lay dormant, soccer fields were empty as if the opening scenes of a disaster movie, waiting on the disaster.

But then, the sound of silence was broken.

The MHSAA voted that sports could resume practices in July, as did the SEC for some of its sports. By August, there was football once again in Mississippi.

It was not the football remembered from 2019, with stands packed on Friday night with parents, fans and students sitting shoulder to shoulder. No, the games had more of a jamboree-esque feel to them with the stands sparse with fans and spaced out in groupings due to the limited capacity.

For most of the football season, stadiums had to maintain a maximum capacity of 25 percent it’s normal amount. Those first few games in late August and early September were eerily quite compared to a year prior. You could hear the coaches on the sideline, you could hear inside the huddles and the quarterback’s cadence at the line of scrimmage most times.

The only ambience being provide during the games were the sounds of shoulder pads and helmets cracking as many high school bands did not attend home games, or travel to away games.

I, for one, was happy with being required to wear a mask during the games. When the calendar turns to November, those Friday nights can be downright cold and having something across my face did more than just keep me protected from COVID-19.

As the high school athletic calendar rolled on the feeling was not as different for volleyball, basketball and soccer as capacities were slowly expanded.

Now, a year later, we have made it back around to baseball and softball seasons, the sports that never saw a 2020 season. The stadiums are currently allowed to have up to 50 percent capacity, which allows the closest sign of normalcy at a sporting event in over a year.

At the college level, covering events was not nearly as much of a detachment from a normal season as it felt covering high school games. Pressboxes were still open, albeit limited capacity, but the extra space to set up was nice to have for a season.

The use of Zoom was a blessing and a curse, as we have all felt about it this past year. Not having to pack up and race down to the field in the final few minutes to make sure we get to Lane Kiffin’s postgame presser was a welcomed relief. Though, not having that in-person interaction was missed at times.

During basketball season was where the changes were felt the most for me, at the college level. With the Pavilion limited to 25 percent capacity was an eerie and quiet sight. The fake crowd noise was used at all sports, but could be noticed the most during basketball and added a strange vibe.

For those who heard it through your television, I can assure you it was even more strange experiencing the artificial sound in person.

Now, we are back to baseball and the Rebels are on the diamond starting up SEC play, something they have not done in two years. It feels the sports calendar has come full-circle in this pandemic, mostly because it has.

With vaccines rolling out and the optimism for a normal 2021-22 athletic season, I for one cannot wait to see those stands fill with parents, fans and a raucous student section at Bobby Holcomb Field and William L. Buford Stadium this August. A packed Vaught-Hemingway for Lane Kiffin’s second season does not sound so bad either.