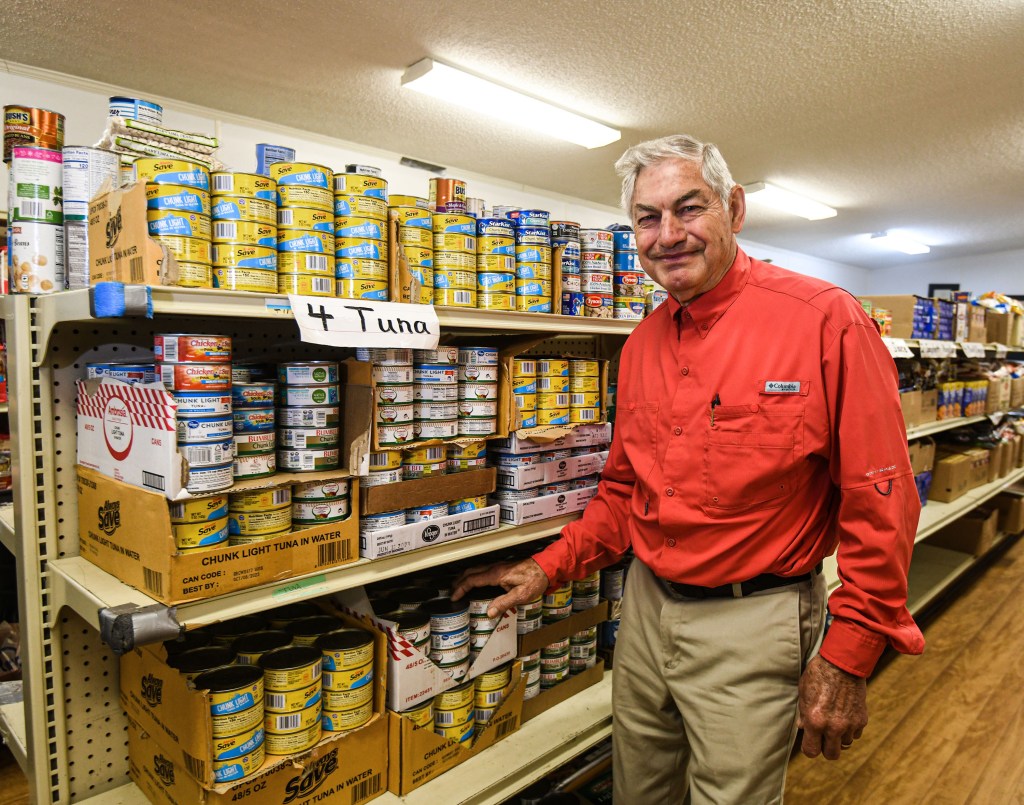 Last year was a trying time for The Pantry of Oxford and Lafayette County, but L.A. Davis was a constant presence who made sure residents of the LOU Community did not go without food.

Davis’s efforts last year, and the past 12 years, did not go unnoticed as he was named the Pantry’s Volunteer of the Year for 2020.

Throughout 2020, Davis was someone who continued showing up and helping at the Pantry, knowing they were shorthanded with others staying home out of precaution due to the pandemic. As the son of a farmer, Davis said he was raised to put in hard work and make sure things are done correctly.

“I haven’t been counting, but it’s been a long time,” Davis said of time serving at The Pantry. “I’m retired, so I can do it. It’s a good thing. I don’t mind doing it. I have time to do it, and it helps everybody, really and truly.”

Since 2009, Davis has helped at the Pantry in several capacities. From 2009 to 2016, he served as the monthly manager for Calvary Baptist Church. In 2016, Davis shifted to helping with the monthly pickups in Batesville for the Pantry’s Mississippi Food Network and continues to do so.

Davis took on more responsibility in 2017, when he became the person who would make the weekly pickups at Walmart, and still continues to do so.

“It’s a little difficult to choose which one to be our Volunteer of the Year, and then you realize how long L.A. has been with us,” said Ann O’Dell of The Pantry. “We temporarily lost a lot of our volunteers, because most of them are old people, and of course they were nervous about coming in. To have people like L.A. step up and say, ‘Whatever needs doing, I’m here to do it,’ (was important).”

Throughout the year during the pandemic, O’Dell said The Pantry was saw a lower than normal amount of clients than they expected, but has been thankful for the support from Oxford and Lafayette County residents.

“The community has been generous to a fault,” O’Dell said. “We have just been overwhelmed by the generosity of the community, and last year we got sizeable donations from the community every week. Large donations.”

Oxford in 2nd round of Strongest Town Contest