Oxford Advances to Semi-Final Round of Strongest Town Contest 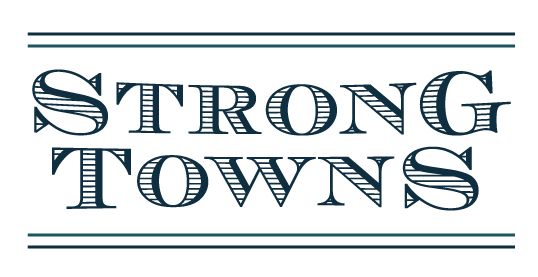 Oxford has defeated another opponent in the competition to be named Strongest Town in North America. Oxford will now take on Bentonville, Ark. in the semi-final round of the Sixth Annual Strongest Town Contest.

Voting begins Tuesday, March 30 and will close at noon on Friday, April 2 at Strongtowns.org/strongesttown. The winner of this matchup advances to the Championship round and will be announced on Monday in a live webinar featuring representatives from the final two towns. Officials are urging community members to vote for Oxford, noting the size difference between Oxford (about 45,000 with students) and Bentonville, whose metropolitan census area is around 423,000).

For this round, Oxford’s Mayor Robin Tannehill, Oxford’s Director of Planning Ben Requet, and Jon Maynard, CEO and President of the Oxford, Lafayette County Economic Development Foundation and Chamber of Commerce were interviewed by Rachel Quednau, for a special issue of the Strongest Town Podcast. Quednau is the Strong Towns program director and host of The Bottom-Up Revolution Podcast also created by Strong Town media.

Representatives from the three other cities in the competition – Bentonville, Bismarck, North Dakota and Lockport, Illinois, are also featured. The podcast is now available on the Strong Towns website at StrongTowns.org/podcasts.

Mayor Tannehill, Maynard and Requet shared how Oxford is building financial stability and economic prosperity from the bottom up. This year’s communities were nominated to the contest “based on how their town rose to address the challenges that came with the coronavirus pandemic.”

“We had a great conversation about why we think Oxford is a strong town, it was a great experience and we probably had a good 45-minute conversation, just talking about everything about Oxford and the people we love so much and why we all choose to live in this wonderful, great place,” said Requet.

“It is an incredible honor to be at this juncture of the contest. It is offering us a platform to promote Oxford to the rest of the country and the world, and we are taking full advantage of it,” said Requet.

He noted he’s been following Strong Towns for a while, and has known Marohn for the better part of two decades.

“It is reputable and well-known in the planning community. They are good people doing really good work – trying to promote the same type of planning we actually do here in Oxford,” said Requet. That is what spurred him and the Oxford cohort to enter the contest, which attracts hundreds of entries each year. Should Oxford advance to the final round, and win, Marohn will visit Oxford at some point in the future.

“Every leader and active resident I spoke to from these final four communities brought their A-game for these podcast interviews. There is so much to learn from Bentonville, Lockport, Bismarck, and Oxford about becoming economically resilient and shaping a strong future,” said Quednau, in a prepared statement.

She added, “The strongest town is a community that is doing the work to become fiscally resilient and build prosperity for its residents. This contest highlights cities and towns that strive to make housing and transportation available to all. It celebrates places that encourage local entrepreneurship and development. It spotlights communities that regard local government as a platform for all citizens to engage with and benefit from. And, this year, the contest gave special consideration to contestants that have stepped up to face the challenges that came with the pandemic.”

Strong Towns is a non-profit advocacy organization based in Minnesota that was founded by engineer Charles Marohn, an engineer and land use planner. Its mission is to: “Help local leaders identify the cause of decline in our cities and take action to build a stronger, financially resilient future. The Strong Towns movement is reshaping the North American development pattern with a return to bottom-up, incremental growth.”