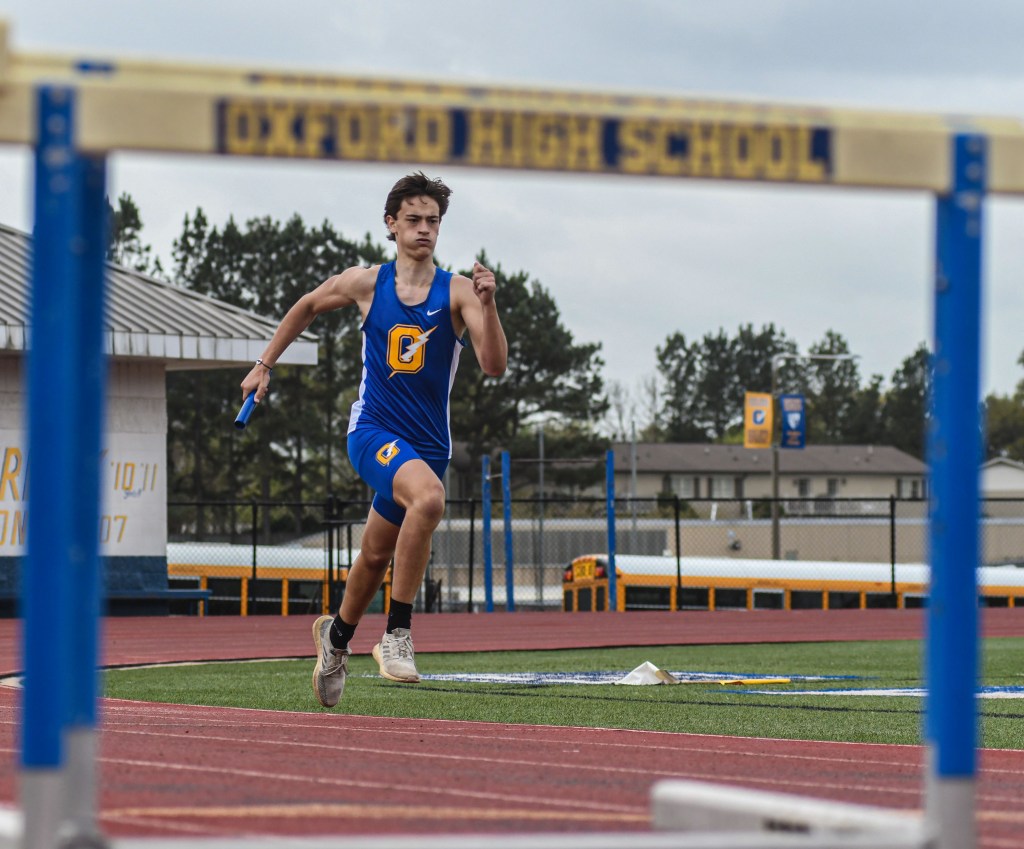 The Oxford High School track and field team hosted the Oxford Invitational on Saturday and put up solid results, with the boys team winning their meet.

Due to the COVID-19 pandemic, the Oxford Invitational was the first meet hosted by the Chargers since 2019. All spring sports were canceled in mid-March of 2020, including the track and field season.

The Oxford boys won nine of the 13 events scored, while the girls team won five of 13 events.

“The girls and boys teams competed really well,” said Oxford track head coach Chris Patton. “It felt very good to host a meet at home after two years. I was really proud of the way we refused to lose. We are still in the process of getting into shape. We still have a few things to work on before we start the four-week run to the state meet.”

In the relay events, Oxford’s boys team swept all four while the girls team won three of them.

Oxford now turns its attention to postseason, starting with the Division 2-6A meet on April 9, which will be hosted by the Chargers at Bobby Holcomb Field.