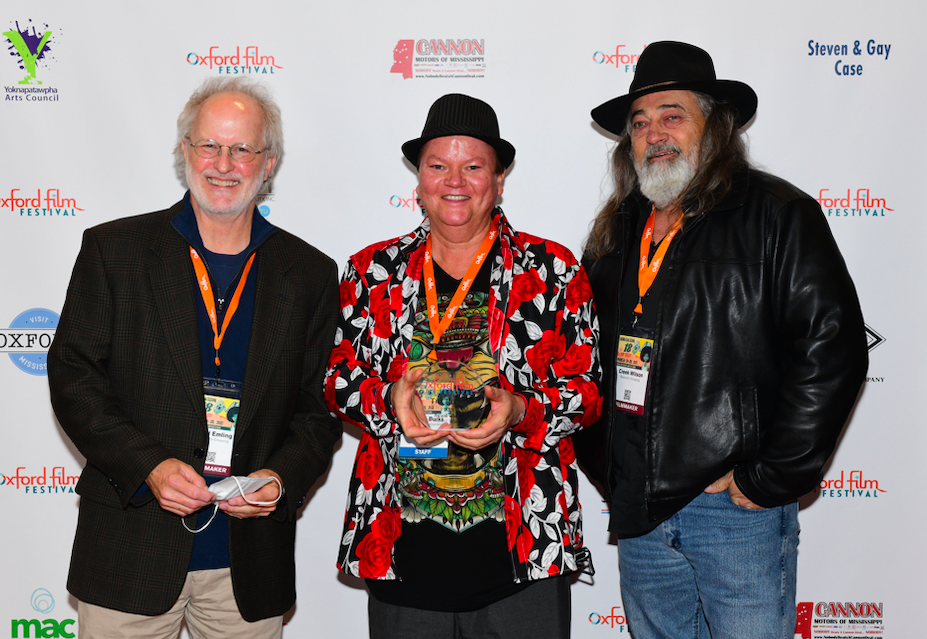 The Oxford Film Festival concluded its first in-person event in two years on Sunday with their traditional awards ceremony.

Unlike the previous 17 years, where the Hoka trophy was presented to each category’s winner, OFF started a new tradition in 2021 with the unveiling of the “Ronzos,” honoring the late Ron “Ronzo” Shapiro and his support for the festival.

For the first time since 2019, OFF was held in its traditional in-person format, while also including a virtual format that will begin on April 1 and run through April 30.

Despite the COVID-19 pandemic and its regulations in place at the festival, and dodging severe weather throughout the week, festival organizers managed to offer their entire schedule of films and panels while adapting on the fly.

“The festival was unlike any other and I am so proud of my team of staff and volunteers that were able to pivot gracefully first from COVID restrictions then from tornado warnings and rainy weather,” said OFF Executive Director Melanie Addington.

Big winners at this year’s festival included “Women is Losers,” which took home Best Narrative Feature, and “The Recess,” which won best Narrative Short. The Mississippi Short category was won by “Genderf*** Drag,” while “The Bastard’s Crossing” won the Mississippi Feature category.

The Lisa Blount Acting Award was given to Alexandra Grey for her work in “Gossamer Folds” and, the Alice Guy Blache Emerging Female Filmmaker award was given to Khadifa Wong for “Uprooted — The Journey of Jazz Dance.” The Angie Thomas Zeitgeist award, which was nominated by the film festival juries and staff, was given to “The Meaning of Daisy.”

All of the winners will be playing during the OFF virtual festival. Tickets and further information can be found at ox-film.com.