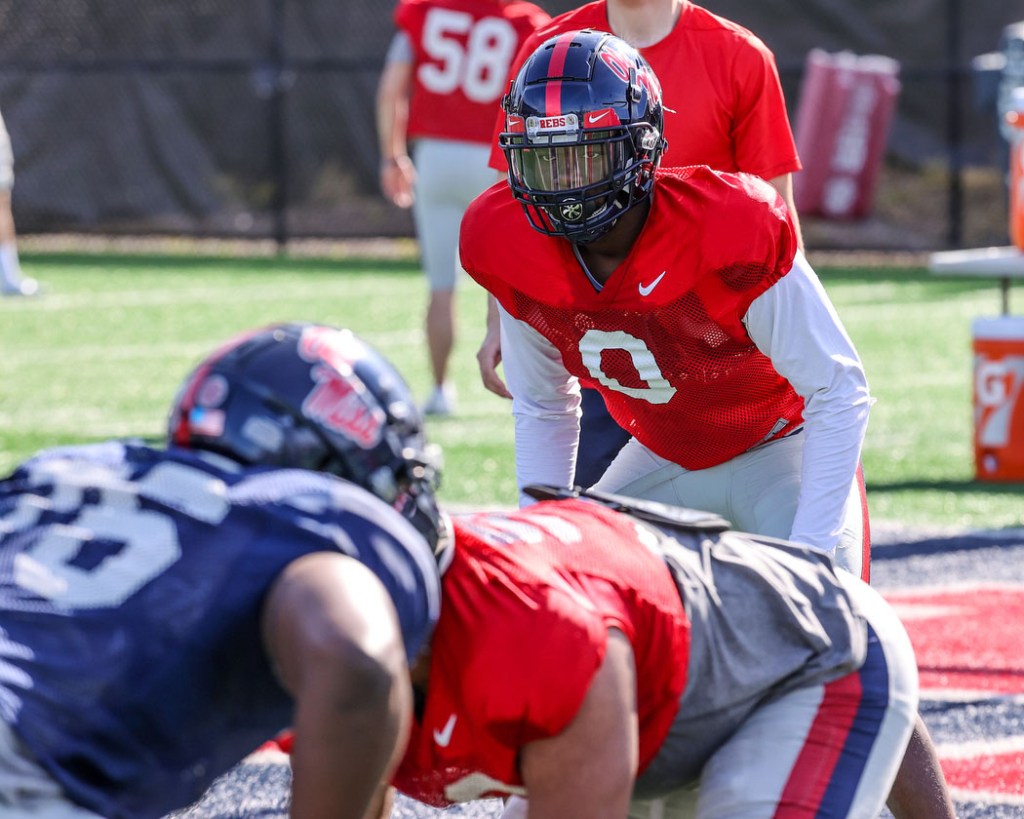 It has been said by several players this spring: the Ole Miss defense cannot get much worse than it was in 2020.

The Ole Miss offense was one of the best in the country last season, while the defense consistently ranked among the worst defenses in the nation. The Rebels have one area of focus during their spring practices this month, and that is to try and get the defense a little bit closer to the offense.

Entering his second season as head coach, and first full offseason cycle at Ole Miss, Lane Kiffin is fully aware of the challenge that lies in front of him and his staff on the defensive side of the ball.

One positive is the influx of early enrollees who are joining the current roster during this month’s spring practices, putting them ahead of the freshmen who will arrive in the summer. Of the 18 mid-year enrollees a majority of them are on defense, giving the Rebels the ability to begin working on their depth in April to try and get them ahead of schedule come September.

“If you’re going to be really good in college football nowadays you’ve got to have more players,” Kiffin said. “You’ve got to be able to rotate and basically be two-deep at all positions. It used to just be defensive line. If we’re able to develop two-deep at all our positions where we feel really good about it, we’ll be way better. We won’t have guys like last year playing 70 or 80 snaps in a game.”

Last season’s 10-game conference only schedule, Ole Miss ranked No. 117 in scoring defense as opponents averaged 38.3 points per game. The Rebels ranked No. 126 out of 127 in total defense, giving up 519 yards per game to opposing Southeastern Conference offenses.

If the defense is going to help the offense not feel as though it has to score a touchdown on every possession to give Ole Miss a chance to win each game, success must start up front. During the first couple weeks of spring, the defensive line has received positive marks from the linebackers and secondary.

Choosing to return for another season, linebacker Lakia Henry and his teammates are motivated by last year’s performance and the national perception of the Ole Miss defense that lingers following 2020. A chip has been placed on the shoulder of the defense entering 2021.

“Comparing last year, toward the end of the season we started playing a lot better and came together as a defense. We set a standard,” Henry said. “We’re going to live by that standard and that’s physicality, running to the ball. I’ll say just having that chip on our shoulder…being the worst defense last year and trying to prove to be the best. That’s where that comes from.”

Practices continue through April for Ole Miss, who will conclude its spring with the return of the annual Grove Bowl on April 24. The Rebels 2021 season will begin in Atlanta on Sept. 6 when they take on Louisville.