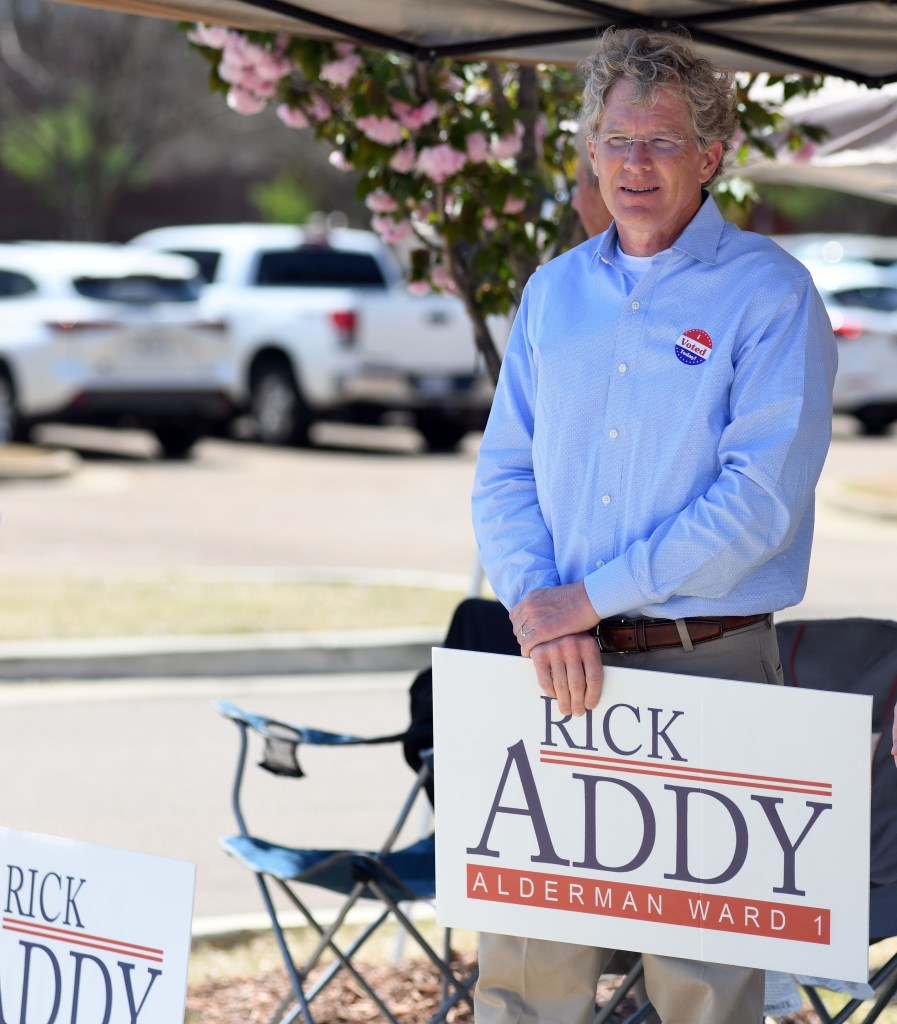 The past three months have seen Rick Addy go from announcing his intentions to not seek another term as the Ward I Alderman, to entering the election on the final day to qualify, to being one vote away from a second term.

The incumbent officially defeated challenger Billy Crews in the Democratic primary. Following Tuesday’s election, the race was too close to call with Addy holding a 23-vote lead over Crews, with 35 affidavits left to be counted.

Those affidavits were counted on Wednesday in the City Hall courtroom, with Addy receiving five additional votes and Crews receiving four. Addy finished with 51.4 percent of the vote (438 votes), while Crews finished with 48.5 percent (414).

Without a Republican or Independent candidate in the Ward I race, Addy will run unopposed in the general election on June 8.

Following confusion over Mississippi Attorney General Lynn Fitch’s opinion in February, which stated a candidate must have lived in their respective Ward for at least two years prior to the election, Harry Alexander and Erin Smith dropped out of the Ward I race.

With two candidates backing out, Addy made the decision on Feb. 5 to run for another term.

The results of the remaining five affidavits that were accepted by the election commission on Wednesday were not enough to alter the outcomes of the other two Democratic primaries in Tuesday’s election.

Of the 35 affidavits that were reviewed by the commission on Wednesday, 17 of them were rejected for various reasons. Those reasons included the voter not properly registered to a poll worker failing to sign off on the affidavit envelope.

Seven of the rejected affidavits were not signed off by a poll worker, making them automatically rejected and the vote not counted.

“We would prefer that it be zero,” said City Clerk Ashley Atkinson of the seven affidavits. “It is, at its simplest, a technicality. However, it is something we will look to remedy in June, for sure. It will be stressed to our poll workers, ‘Here’s how it’s supposed to look. Your signature goes here. Please remember that.’ It’s very simple, unfortunately it does happen.”

Four affidavits are being held for five days due to the voter not having proper identification when voting. If the voter does not go to City Hall to present valid identification, then that affidavit will then be rejected and not counted.

The general elections for Oxford’s 2021 municipal races are now set: