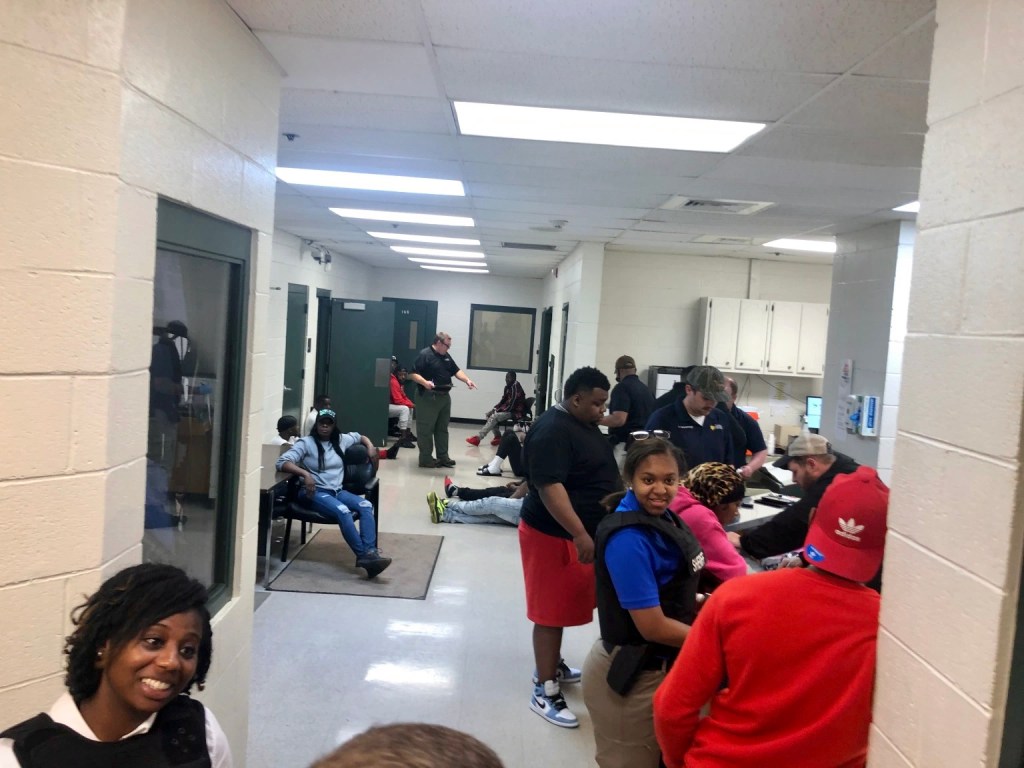 Officers from both the Panola County Sheriff’s Office and the Batesville Police Department assisted multiple state agencies in a roadblock to stop several vehicles being pursued from Tate County and traveling south on I-55. Early reports said the people in the cars and van had been involved in a shooting incident in the Coldwater area before finally being stopped in Batesville.

The Panola County Sheriff’s office did confirm the people taken into custody were part of the “posse” or “entourage” of the Memphis rapper Big Boogie, who was traveling to perform tonight at a BlackSpringBreak event called Blackbeach Kickoff Party at Club Zodiac in Biloxi.