Jake Springer ready to produce for Ole Miss defense in 2021 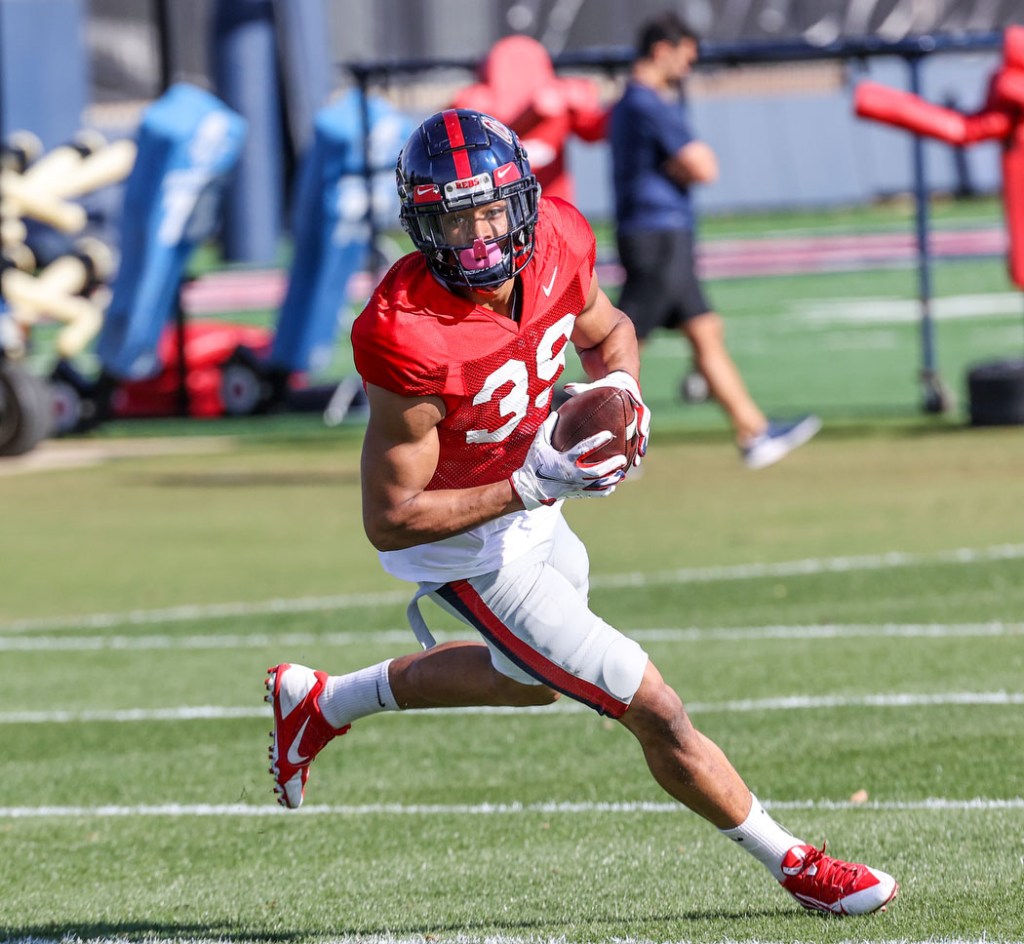 After sitting out last season, Jake Springer is ready to be a factor for the Ole Miss defense this fall.

The defensive back transferred to the Rebels from Navy last summer, but due to NCAA rules, had to miss the 2020 season, leaving Springer only one season of eligibility in Oxford.

Last year, Springer entered the transfer portal and was weighing his options and then a call from co-defensive coordinator Chris Partridge helped the Kansas City, Mo. native make up his mind that Ole Miss is where he wanted to finish out his college career.

“Coach Partridge gave me a call. I was back home in the transfer portal, and coach Partridge gave me a call,” Springer said to local media last Thursday. “He said, ‘Do you want to come down here?’ I said, ‘Yeah, I’ll be there.’ Ole Miss, for me, checks all the boxes. It’s a big-time program, best conference in the nation. We’ve got athletes here, we’ve got Coach Kiffin coming in and establishing his schemes and what he’s got going on in his organization. That’s what attracted me really. It was a no-brainer from that first call.”

Springer appeared in 30 career games for Navy over the last three seasons, starting in 10 games during the 2019 season, where he recorded 69 tackles. He led Navy with 16 tackles for loss and eight sacks in 2019. The eight sacks were third-most ever by a Midshipmen in a single season.

Getting Springer on the field during spring drills, where he can become a contributor on defense instead of helping the scouts teams as he did a season ago is a boost for head coach Lane Kiffin as they look to improve from being one of the worst defenses in the country in 2020.

Kiffin also noticed Springer’s attitude and the value of having a player who was once at the Naval Academy.

“As you look at transfers, not just the player, but where they came from and the system that they’re in and that a lot of times has to do with whether they can come in and play early,” Kiffin said. “NFL people look at certain college teams and programs and say there’s going to be an easier transition than others. So, he’s been great.”

The transition of coming from a program where a player saw a lot of playing and then not being able to take the field at all is a tough adjustment, including Springer. While he had to sit out last fall, Spring made the most of his time.

With a season of lining up across from Elijah Moore and other Rebel receivers in practice every week, Springer said taking the field on Saturdays this fall against top SEC offenses will not involve as much of a learning curve and on-the-job training.

“It’s tough for guys to sit out coming off playing a lot of football, but I lined up every morning in my eyes against the best wide receiver in the draft right now,” Springer said. “Getting that same look, now when I’m coming into playing every other wide receiver corp in the SEC, I think the game slows down a little bit for transitioning from conferences. Being able to work my technique was what last year allowed me to do, and it allowed me to get comfortable with Coach Durk and Coach Partridge’s defensive scheme and just delve into it. Last year was awesome. I am real grateful for that.”

Ole Miss fans will get their first look at Springer in game action during the return of the Grove Bowl at Vaught-Hemingway Stadium at 4 p.m. on April 24.