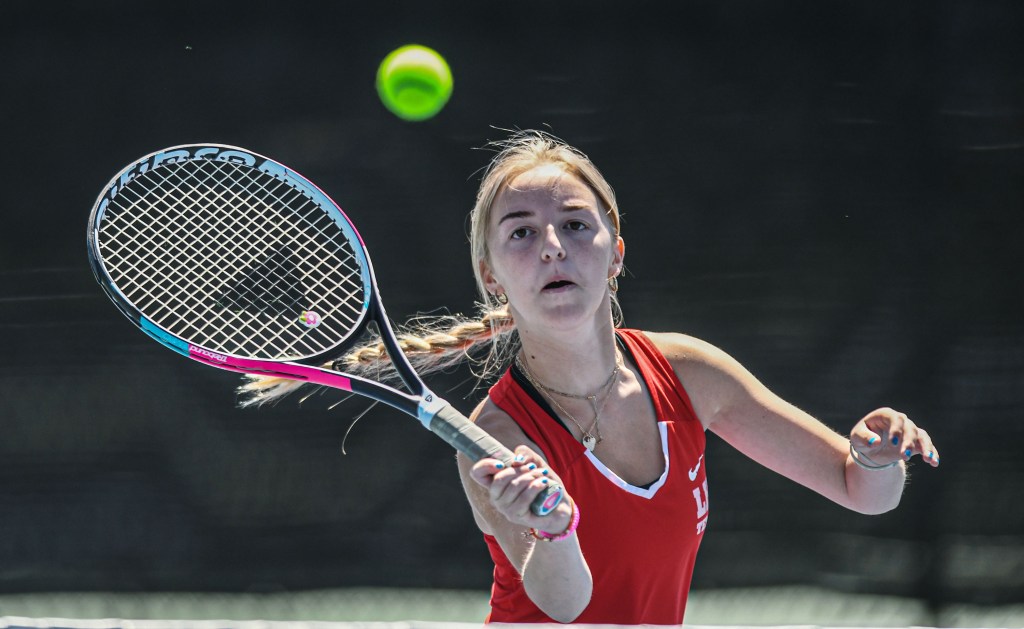 Lafayette’s Val Smith returns a volley during their match against Saltillo in the MHSAA Class 5A North Half championship at the John Leslie Tennis Complex on Monday, April 19, 2021. The Commodores won 6-1 to advance to their third straigh Class 5A state championship match. (©Bruce Newman)

Lafayette tennis is returning to Jackson to reclaim its crown this week.

The Commodores defeated Saltillo 6-1 at the John Leslie Tennis Complex on Monday in the MHSAA Class 5A North Half championship. It is the third straight North Half title for Lafayette, who won it in 2018 and 2019.

Last year’s season was canceled in mid-March due to the COVID-19 pandemic.

In 2018, Lafayette (10-7) defeated Stone County to win the the 5A state championship and their first in program history. The following year, Stone avenged their loss. The Commodores return to Parham Bridges Tennis Center on Thursday to try and regain the 5A title.

Prior to Monday’s playoff match, the two teams met on April 1 with Lafayette coming away with the 5-2 victory over the Tigers to clinch the region championship. Despite Monday’s score being one point better, the Commodores came out a little tight and had to regroup mid match in.

“I think the matchups were favorable for us and we got ahead and we kind of got a tight,” said Lafayette head coach Debbie Swindoll. “The thing that I’ve got to remember for them is it’s been two years since we’ve been (in the playoffs). But, we did come out on top.”

Lafayette won the mixed doubles point with a 6-7, 6-4, 1-0 win by Brett Lampton and Presleigh Loper.

“The schedule we played (in the regular season, I’ve got to go back to that,” Swindoll said of Lafayette’s dominance in the playoffs.

The Commodores swept both Ridgeland 7-0 in the first round and Cleveland Central in the second round to advance to Monday’s North Half title match.

The Class 5A state championship will be at Noon on Thursday.