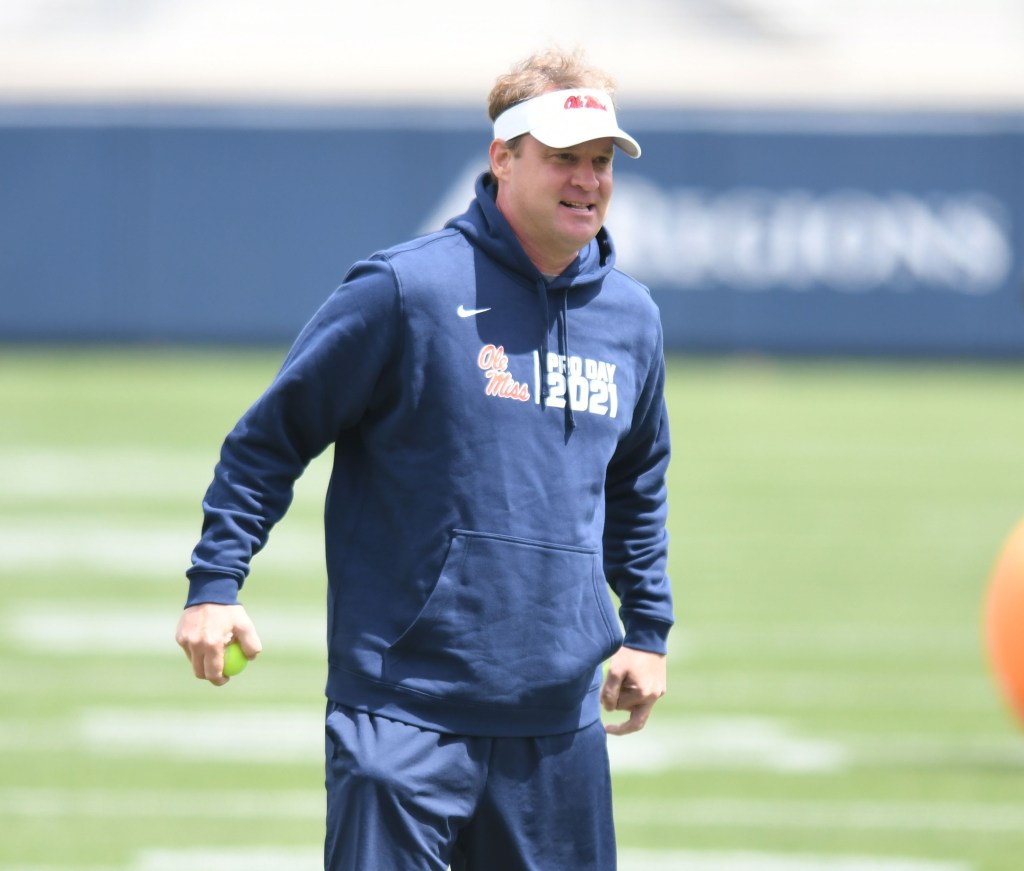 With Vaught-Hemingway Stadium without COVID-19 restrictions, in terms of crowd capacity, Saturday’s scrimmage could be the largest attended football game since the 2019 season.

The second-year head coach has not fully-formulated how the annual event will go, which serves as the culmination to the 15 spring practices, but had a general idea. Kiffin as his staff spent Tuesday afternoon and Wednesday coming up with the rosters for both the Red and Blue squads.

Kiffin did reveal following Tuesday’s practice that the starters on both sides of the ball will face off against each other in some portion of the Grove Bowl.

“Basically the one offense will be on the same team as the two defense versus the other side,” Kiffin said. “The rest of the guys are then divided between the two teams. The players then draft the coaches and support staff and things like that.”

Thursday will serve as the final true practice ahead of Saturday’s scrimmage, which will have more of a celebratory feel than normal practices.

Entering the spring, which was the first spring offseason Kiffin has had with his team due to the COVID-19 pandemic which shutdown spring sports last March, the Rebels knew defense was the primary focus.

Through the first three open scrimmages that have taken place the last three Saturdays, the defense has shown glimpses of that improvement. Though, with several major injuries and other notable absences on offense, it is difficult to get a true sense of how much of a step forward the defense took in April.

“I feel like defensively we have,” Kiffin said of what he wanted to accomplish this spring. “A lot of new players and new looks with those guys. Offensively, I feel like we haven’t just because of all the injuries. Especially with the skill guys. We’re just hindered in the next progression step for (quarterback) Matt (Corral), but it is what it is.”

Prior to taking the sideline in the Grove Bowl, Kiffin will head over to Oxford-University Stadium where he will throw out the ceremonial first pitch ahead of the series finale between No. 12 Ole Miss and LSU at noon.

Kiffin noted he has thrown out the first pitch before and is looking for a better attempt on Saturday.

“I need to work on that. I have not practiced that in a lot of years,” Kiffin said. “I have done this before and not performed very well. I think I need to practice a little bit more, and warm up. I’ve done this before without warming up and hasn’t gone well.”

The Grove Bowl will begin at 4 p.m. CT and is free to fans to attend.