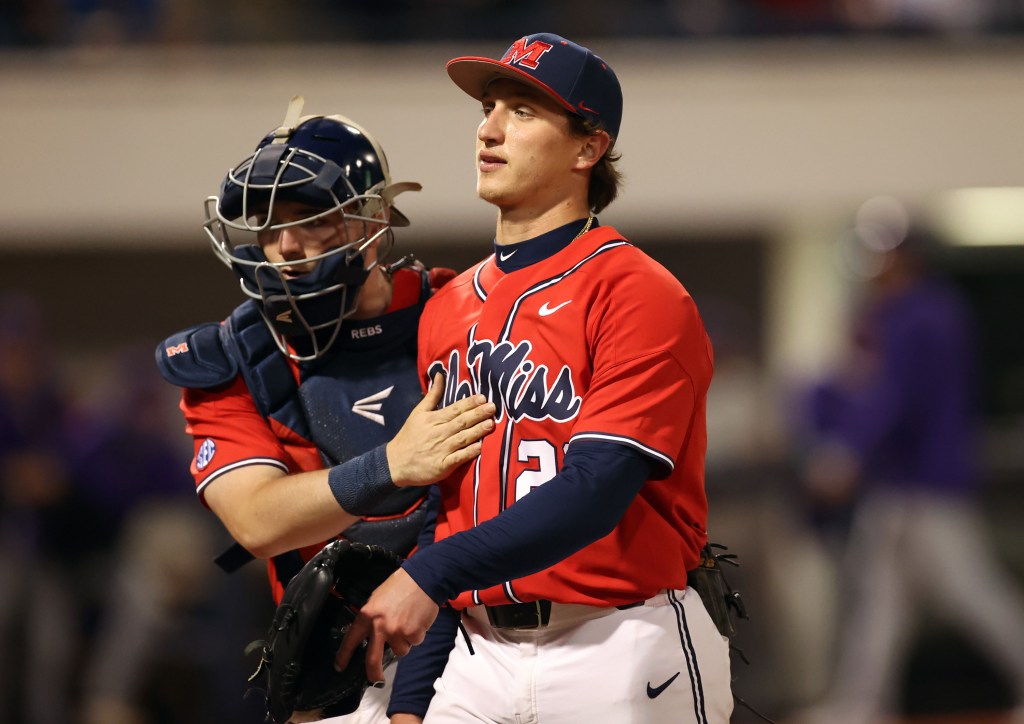 April continues to not be kind to the Ole Miss baseball team.

The No. 12 Rebels fell to LSU 7-2 at Oxford-University Stadium on Friday as the Tigers clinched the series. Ole Miss has lost four-straight Southeastern Conference series for the first time since the 2002 season.

Once again the offense went missing for the Rebels (27-12, 9-8 SEC) and was compounded with some leaky bunt defense. The Tigers broke the game open with five runs in the ninth inning.

The offense came from Kevin Graham with a solo home run in the sixth inning, to cut LSU’s two-run lead in half at the time, and from an RBI-single by Calvin Harris in the ninth inning.

The infield defense was an issue at times for the Rebels, with LSU (24-14, 6-11) having success with sacrifice bunts in the sixth and ninth innings, leading  Peyton Chatagnier and Justin Bench each recorded an error when trying to get a runner out at first off a bunt.

Coming off his complete-game one-hit performance against Mississippi State last Saturday, Doug Nikhazy took the mound and worked through trouble to give the Rebels six innings.

Nikhazy helped keep it a one-run deficit, holding the Tigers to only two runs in the sixth after loading the bases with zero outs. He finished with seven hits for two runs, one earned, 11 strikeouts and walked three batters.

West Burton pitched 2-plus innings of scoreless relief, keeping the Rebels within reach. Jackson Kimbrell came in the ninth inning and lasted only 0.1 if the inning, giving up four runs off three hits. A grand slam by LSU’s Gavin Dugas sealed the game for the Tigers.

“On nights like this you tip your hat and hope you can keep it close on the other side,” Bianco said. “Fortunately for us, Doug really competed well. …I thought Burton kept it close. The disappointing thing was we don’t give ourselves an opportunity in the ninth. We just let the inning blow up on us.”

Ole Miss will look to avoid their first sweep in an SEC series this season on Saturday. First pitch is scheduled for noon CT and will air on the SEC Network+.