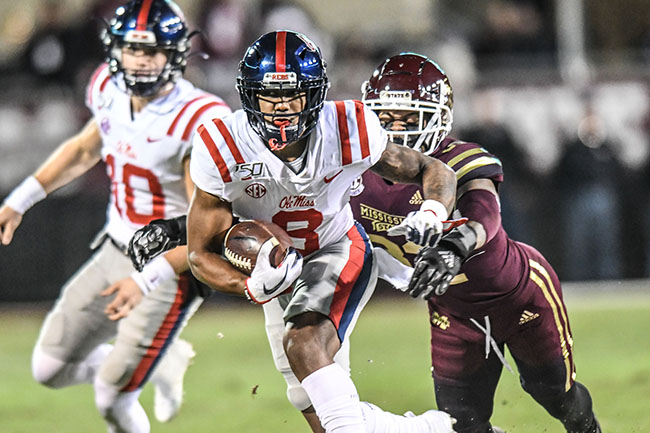 Elijah Moore did not hear his name called during night one of the 2021 NFL Draft, but he did not have to wait long to hear it on Friday.

The former Ole Miss standout receiver was selected by the New York Jets as the 34th overall pick and the second pick of the second round. Moore is the eighth Rebel to be drafted since 2009 and the fifth to be picked in the first two rounds.

Moore was the Jets third pick of the draft after selecting former BYU quarterback Zach Wilson as the second overall pick and then former Southern California guard Alijah Vera-Tucker at No. 14 in Thursday’s first round.

Benefiting from a season in Lane Kiffin and Jeff Lebby’s offense, Moore shined as one of the Southeastern Conference’s top receiver. In his final season, Moore had 86 catches for 1,193 receiving yards and eight touchdowns. The reception yards mark was the most by a SEC player through the first eight games of a season.

Moore opted out of the final regular season game against LSU and the Outback Bowl in Tampa against No. 7 Indiana to prepare for the draft.