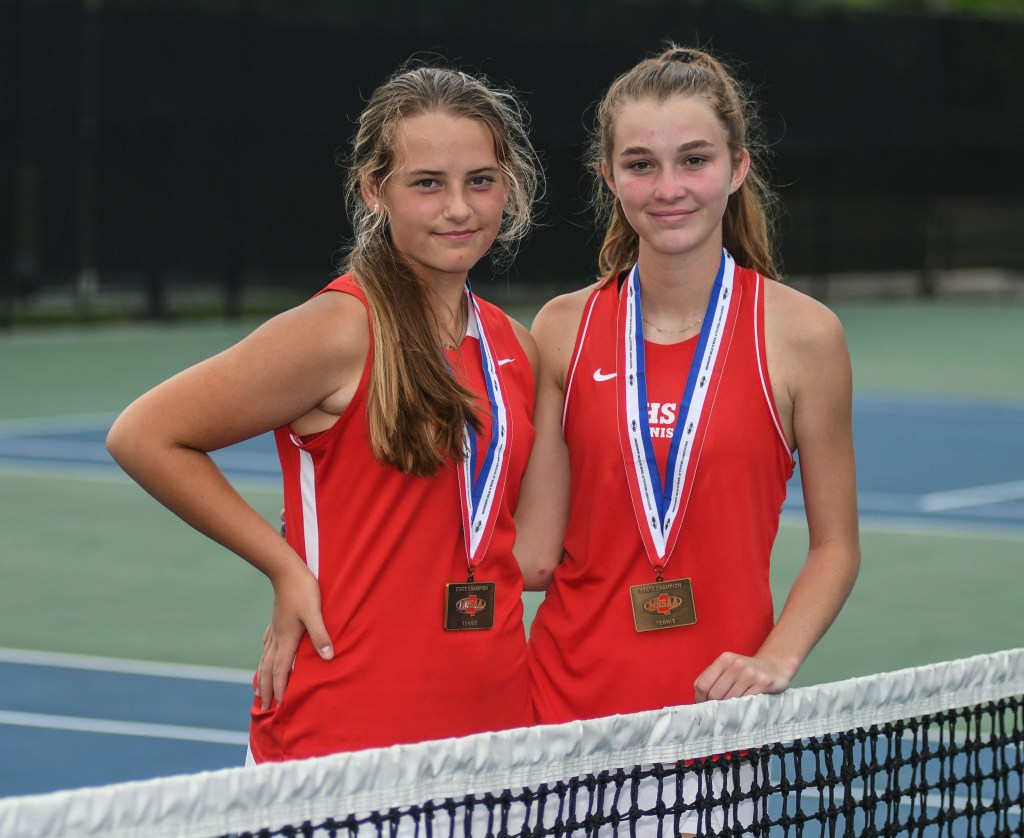 The MHSAA individual state tennis tournaments were held in Oxford at the John Leslie Tennis Complex, with both Oxford and the Commodores winning state titles on Thursday.

The Commodores entered the day with a chance to bring home a lot of gold, with five players and teams reaching the semifinals. They finished with two runners-up and two more semifinalist finishes along with the girls doubles title.

“I can’t be (upset). Proud of my doubles team for winning,” said Lafayette head coach Debbie Swindoll. “A seventh-grader and a senior coming through, I couldn’t ask for a better day. … Sets the stage (for next season) with the experience we have coming back.”

In the Class 6A tournaments, Oxford brought home a state title in the boys doubles as both Charger teams faced each other in the finals. The team of Downing Koestler and Sharp Grantham defeated teammates Carter Young and Brown Turner, 6-4, 6-4, to win the 6A boys doubles title.

Oxford also finished runner up in the 6A girls doubles tournament. The team of Bel Monteith and Mary Margaret Shipman fell to the Ocean Springs team in the girls doubles final. Monteith and Shipman were up 5-2 in both the second and third sets but were unable to hold off late rallies by the Grayhounds duo.