No. 19 Ole Miss sweeps doubleheader, series against No. 13 South Carolina 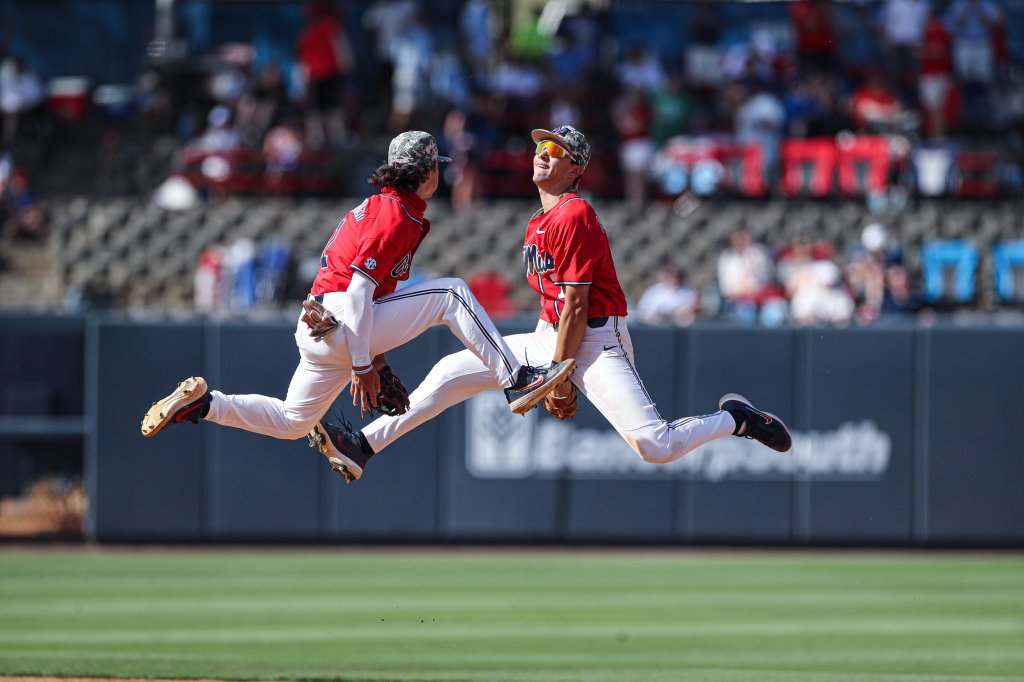 April showers bring May flowers and for the Ole Miss baseball team, that could not be any truer.

Coming off an abysmal month were they lost four straight Southeastern Conference series, No. 19 Ole Miss kicked off the first day of May with a doubleheader and series sweep over No. 13 South Carolina at Oxford-University Stadium on Saturday.

A key to the day was the outings by the Rebel bullpen, especially in the nightcap. Jack Dougherty relieved starter Drew McDaniel in the fifth and worked three shutout innings. The freshman from Collierville, Tenn. had his longest outing in a Rebel uniform, striking out three and did not give up a hit or issue a walk.

“Anybody out of the bullpen usually’s got to be able to throw strikes, or you’ve got to be really special,” said Ole Miss head coach Mike Bianco. “You’ve got to be able to strike out guys and (Dougherty’s) been terrific. That’s why when we got to (the point of pulling his redshirt) we said, ‘He’s as good as anybody we’re running out there.’ We contemplated it for weeks but then all the sudden we decided we’ll do it.”

Taylor Broadway entered the game in the ninth inning to get his ninth save of the season. The Rebel closer pitched in all three games this weekend.

After relying on the home run ball for offense during much of their April skid, the Ole Miss bats returned to form against South Carolina, manufacturing runs and stringing hits together. The Rebels scored 13 runs off 19 hits combined in Saturday’s doubleheader.

Jacob Gonzalez, Hayden Dunhurst and Justin Bench hit home runs in the first game and Kevin Graham hit one in the second game.

In the first game, Doug Nikhazy looked like the Nikhazy of old. The Saturday starter pitched to contact which resulted in ground balls and flyouts to shorten at-bats. He worked seven innings, giving up three runs, all earned, off six hits while striking out five batters and did not issue a walk.

“(Nikhazy was) real efficient and I think a lot of it has to with how (South Carolina) is built, offensively,” said Ole Miss head coach Mike Bianco. “They’re just really aggressive. But, part of being able to do that is throwing it in the strike zone.”

After suffering a torn ACL on April 5, Tim Elko returned to the field on Saturday. The Ole Miss captain stood in the batter’s box in the bottom of the eighth inning for a pinch-hitting appearance.

Elko received a standing ovation as he approached the plate and after his pop-up to the Gamecock’s second baseman.

“It wasn’t a rehab at-bat. We don’t do that,” said Bianco. “We won’t run him out there if we don’t think he’ll succeed.”

Ole Miss returns to action on Tuesday when they resume midweek play against Arkansas State before they travel to College Station, Texas for a road series against a struggling Texas A&M who were swept by No. 6 Mississippi State this weekend.