Ole Miss soccer prepares for No. 9 Duke in Sweet 16 showdown 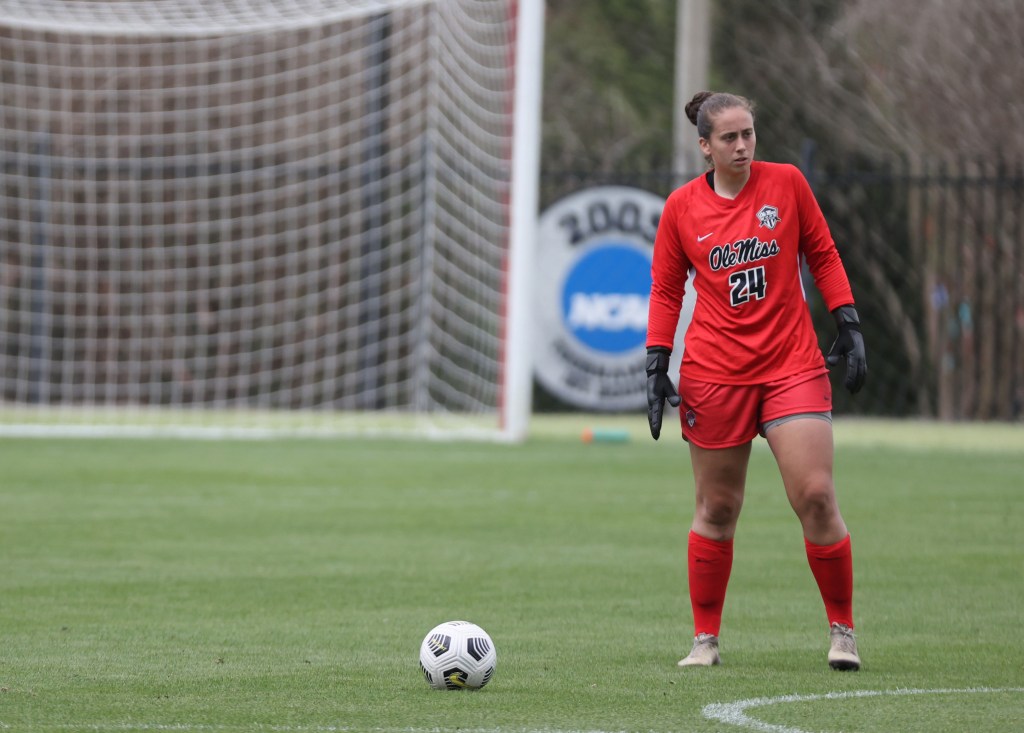 The Ole Miss soccer team is currently riding one of their best stretches in program history and is a win away from reaching their first Elite 8 appearance.

On Wednesday, the Rebels take their nine-game winning streak to Cary, N.C., where they will play No. 9 seed Duke in the Sweet 16. They have currently tied their best finish in the NCAA Tournament, having reached the Sweet 16 in 2015 before an overtime loss to Texas A&M ended the Rebels’ magical run.

Head coach Matthew Mott has taken Ole Miss to both Sweet 16 appearances since he was hired in 2010.

This year’s success has come as part of a unique season for soccer. Due to COVID-19, the NCAA announced the soccer championships would take place in the spring instead of the fall in its regular spot on the athletic calendar. The Rebels still played a conference-only schedule in the fall, including the Southeastern Conference tournament in Orange Beach, Ala.

After losing in the first round of the SEC Tournament, the Rebels returned from the holiday break with a new focus and new vision for how they would approach the second half of the season.

“We came in the spring really reinvigorated,” Mott said. “We told the players, ‘Listen, we’ll have a chance to get in the tournament, but we have to be perfect. We got to win every game and we got to play at a different level.’ We changed the way we played a little bit. We changed the system and that is what was really propelled us.”

The Rebels find themselves in the Sweet 16 thanks to a pair of wins in the first and second round that came down to penalty kicks against Bowling Green and No. 8 Seed Southern California.

Over the span of the Rebels’ current win streak, Orkus has allowed only four goals with a goal each from Memphis and Georgia during the regular season and two by USC in Friday’s win. Orkus has kept kept opponents out of the net in six of the nine games this spring.

“(Orkus) is playing as good as any goalkeeper in the country right now. It’s not even close,” Mott said. “She’s just seeing the ball really well. She’s confident and playing at a really high level. She’s not dropping anything. She’s just really in a spot where everything, it seems to me, is really easy for her. … She’s seeing these penalties awesome. I’ve been in this a long time. I haven’t seen a goalkeeper make these kind of saves. The saves she’s making are not right at her. She’s full stretch, full dive and she’s able to get something on them.”

On Tuesday, Orkus was named the National Player of the Week by TopDrawerSoccer.

Ole Miss and Duke are scheduled to play their Sweet 16 match at 11 a.m. CT at WakeMed Park in Cary, N.C. on Wednesday. A stream of the match will be available on GoHeels.com.