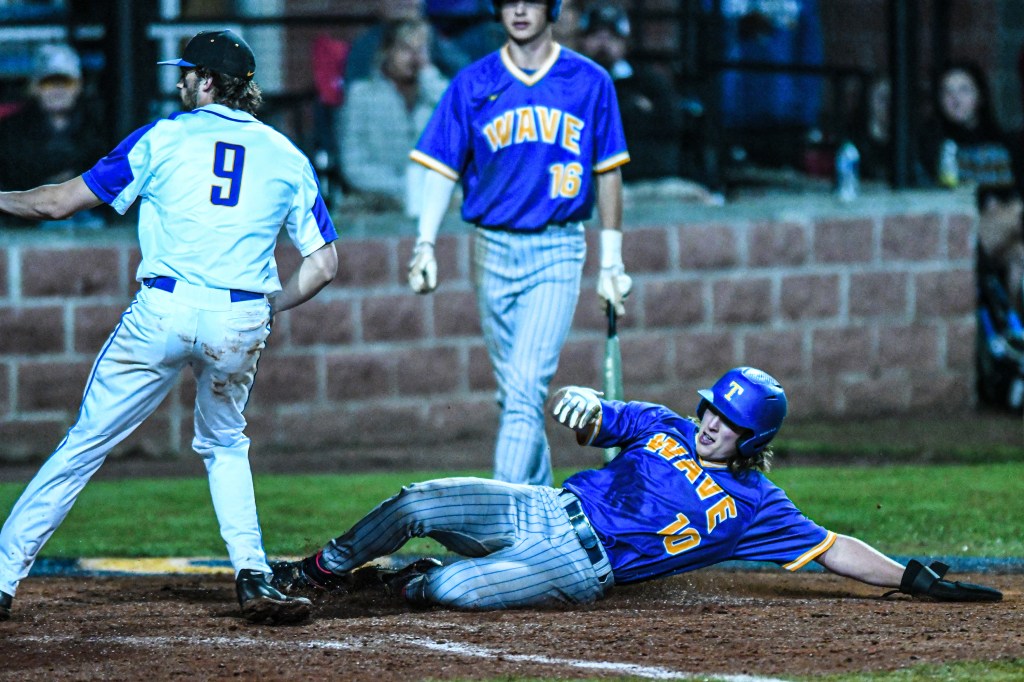 Hunter Elliott was locked in on Thursday and showed why Ole Miss head coach Mike Bianco wanted him in Oxford this fall.

The Tupelo pitcher was dominant in in the Golden Wave’s 5-2 win over Oxford at Edwin Moak Field to take a 1-0 lead in their best-of-three second round series in the 6A playoffs.

Elliott threw six innings, giving up only two runs off five hits and kept the potent Charger offense at bay all night. The Ole Miss commit struck out 11 Oxford batters.

“We had a few chances and against a guy like that, you’ve got to capitalize,” said Oxford head coach Chris Baughman. “He’s good. He can throw for the Rebels right now out of the bullpen. Without a doubt. Probably their number three guy out of the bullpen, maybe number two. When he gives you opportunities you have to take advantage of them. When you don’t, it’s tough.”

Oxford (24-5) got on the scoreboard first with a run in the bottom of the first inning off a RBI-double by first baseman Ben Goubeaux for the early 1-0 lead. The Chargers did not score another run until the bottom of the sixth inning when left fielder Jack Tannehill scored off an RBI-single by designated hitter Alex Childers. Childers nearly had an inside-the-park home run as his single got past Tupelo’s left-fielder and all the way to the wall, but he was held up at third.

The Chargers’ Ole Miss commit, third baseman Kelly Crumpton, went 2-for-4 in the leadoff spot. Crumpton also saw action on the mound in the top of the seventh when he was asked to get the final out of the frame. He allowed the final Tupelo run to score off a wild pitch.

Defense was an issue for Oxford at times as they committed two errors which allowed Tupelo to score a couple runs throughout the night.

Dixon Webb got the start on the mound for Oxford, pitching 5.1 innings and giving up four runs off five hits. He also struck out one Tupelo batter but walked three more.

“I told him when he came (into the dugout), ‘You weren’t perfect, but you gave us a chance to win,’ and that’s what he did,” Baughman said. “That’s what we ask him to do. He gave us a chance to win. We make those two plays behind him and it’s a 3-2 game, or 2-2 game, and who knows what happens. He had too many walks tonight and he would tell you that, but I thought he was good enough to keep us in it.”

Oxford will look to keep their season alive as they travel to Tupelo on Friday for Game 2 of the series. First pitch is set for 7 p.m. at Golden Wave Field next to the Tupelo Middle School campus.