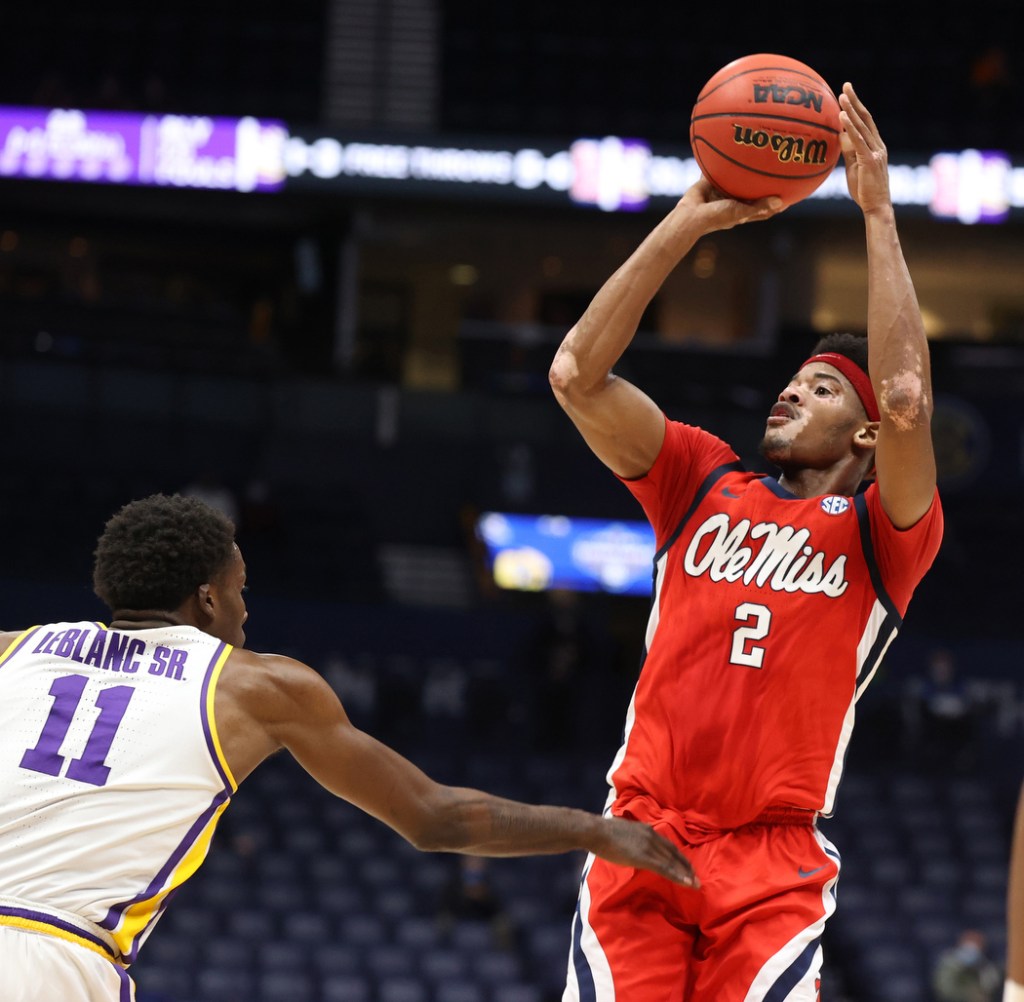 Ole Miss guard Devontae Shuler attempts a shot against LSU at the SEC Tournament at Bridgestone Arena in Nashville, TN. on March 12th, 2021. On Monday, Shuler was named a finalist for the C Spire Howell Trophy. (Joshua McCoy/Ole Miss Athletics)

Devontae Shuler is one of three players vying for the title of best men’s basketball player in Mississippi.

The Howell Trophy is awarded to the top men’s college basketball player in the state. It, along with the Gillom Trophy (women’s basketball) will be announced during a virtual program on May 24 at noon.

In his final year as a Rebel, Shuler had his best season. He led the team in scoring with 15.3 points per game and assists with 3.3 per game. The assist mark, along with his average of 1.6 steals per game ranked seventh best in the Southeastern Conference. Shuler ranked ninth in the SEC with 15.6 points per game during conference play.

Throughout the 2020-21 season, Shuler recorded eight 20-point games, including a 26-point game against Auburn on Feb. 6.

On May 3, Shuler officially declared for this year’s NBA Draft and signing with an agent, which will make him ineligible to return to Ole Miss if he had decided to not officially enter the NBA Draft.

“I want to thank the entire coaching staff and my family for pushing me everyday and helping me be the person I am today,” Shuler said in his announcement. “This has been an amazing 4 years at Ole Miss and enjoyed the accomplishments we shared together on this journey. Thanks for the love and support from my friends and fans.”

If Shuler wins this year’s award, he will be the sixth Ole Miss player to win the Howell Trophy in the last nine seasons. The virtual program will be streamed on the Mississippi Sports Hall of Fame’s website at msfame.com.