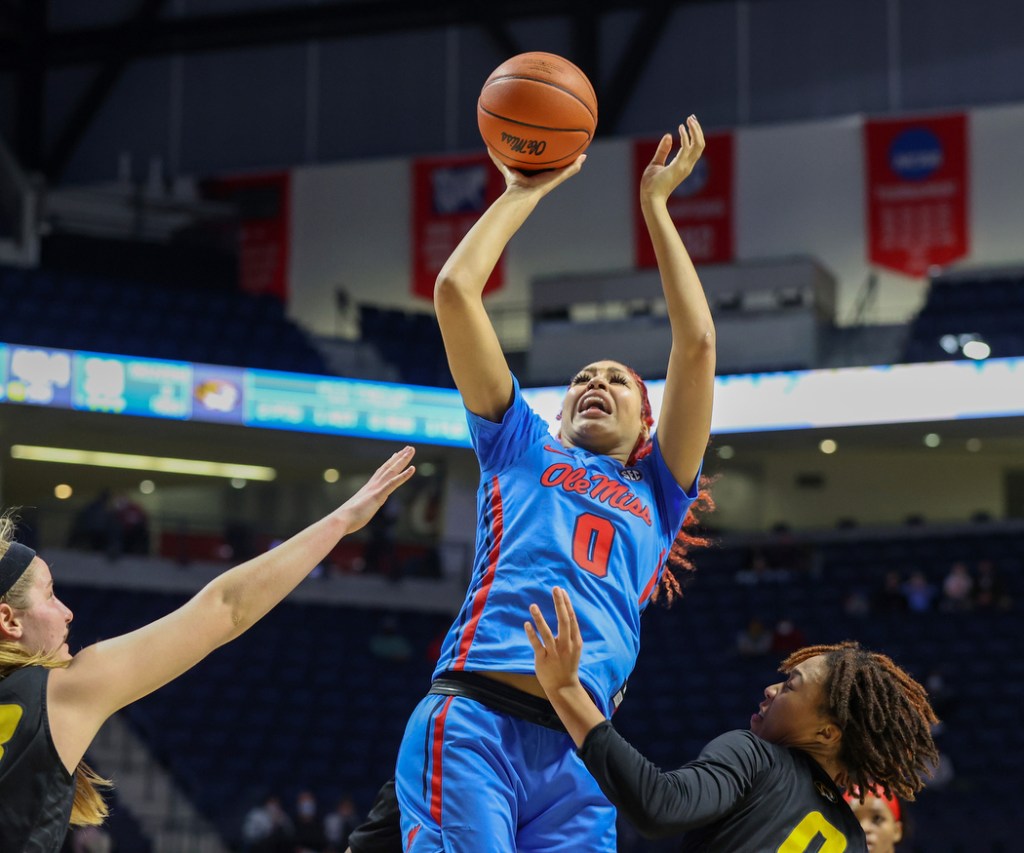 Ole Miss women’s basketball standout Shakira Austin could receive another accolade for her performance in her first season in Oxford.

The Rebel forward was named a finalist for the 2021 C Spire Gillom Trophy, the Mississippi Sports Hall of Fame announced on Monday.

Austin is the first Rebel to be named a finalist for the annual award, which honors the best women’s college basketball player in Mississippi, since Shandrika Sessoms was named a finalist in 2016. She is also the seventh overall in program history since the award was established in 2008.  If Austin wins, she would be the first Gillom Trophy winner for Ole Miss.

Jackson State center Ameysha Williams and guard Dayzsha Rogan were the other two finalists named, along with Austin.

In her first season as a Rebel after transferring from Maryland, Austin averaged 18.6 points per game, 9.1 rebounds, 1.8 blocks and 1.6 steals. She shot nearly 52 percent overall and nearly 76 percent from the free throw line.

During Southeastern Conference play, Austin recorded seven 20-point games and eight double-doubles. She is currently the only active SEC player 1,000 career points (1,171), 700 career rebounds (787) and 150 career blocks (178) and the only player in the SEC to finish the regular season with the top-15 in field goal percentage, scoring, blocks, rebounding, steals and free throw shooting.

The Gillom Trophy will be awarded during a virtual ceremony on May 24 at noon. All of the C Spire outstanding player awards will be streamed at the Mississippi Sports Hall of Fame’s website at msfame.com.