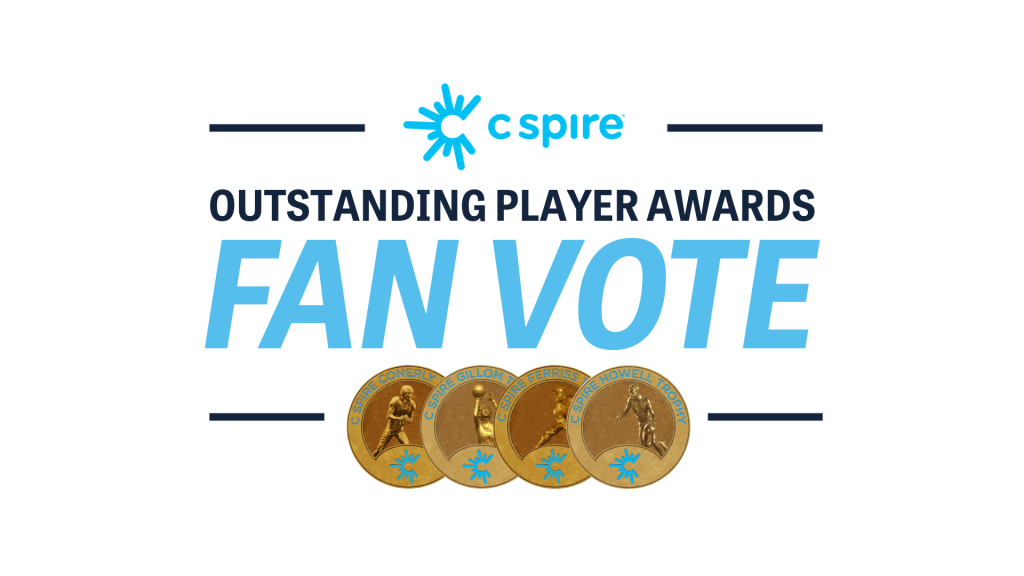 Mississippi football, baseball and basketball fans will have the opportunity to take part in the voting for the 2021 C Spire Outstanding Player Awards, which annually honor the Magnolia state’s top male and female college athletes.

The awards program was cancelled last year after a global pandemic caused some sports to be discontinued and others to be curtailed due to health restrictions and concerns.

“College sports are back and we’re anxious for fans to weigh on their favorite players and programs,” said Bill Blackwell, executive director of the MSHOF.

Due to pandemic restrictions and general health concerns, the MSHOF and C Spire, which co-sponsor the awards, will confer the Outstanding Player Awards during a virtual program on Monday, May 24 at noon. Fans, players, coaches and family members can watch the program live online at msfame.com. Veteran CBS NFL television analyst Charles Davis will be the special master of ceremonies.

“College sports is an important part of our state’s social fabric – so we felt it was important that we continue to honor these athletes and schools while giving passionate fans another way to support their favorite teams and players in a safe and responsible way,” said Jim Richmond, vice president of Marketing for C Spire.

Fan voting is open now and concludes May 17 at noon CT. Fans can vote once daily per email address for any of the
19 Mississippi college football, baseball or basketball nominees at the CSOPA site.

The nominees for the C Spire Outstanding Players Awards in 2021 include: