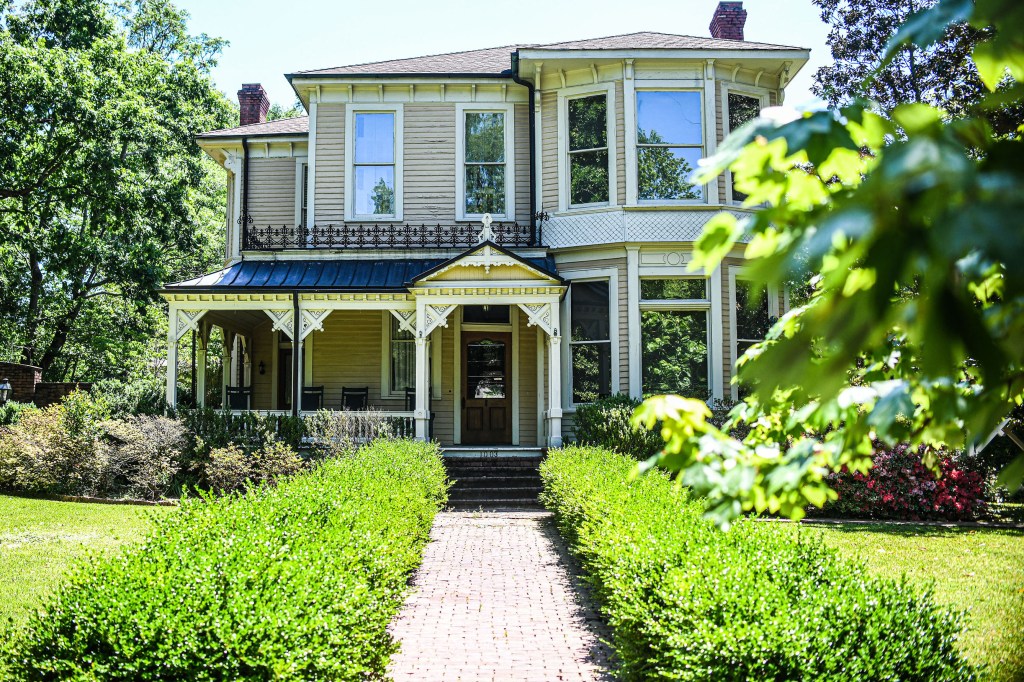 Oxford is adding a new hotel, but this one will be located in the historic South Lamar neighborhood.

During Monday’s meeting, the Oxford Planning Commission approved a special exemption request to allow a home located on South Lamar Boulevard to become a bed and breakfast.

The seven-bedroom and nine-bathroom home, located at 1003 South Lamar Blvd. at the corner of Johnson Avenue, is 13,000 square feet and was originally built in 1870.

Scott Lewis, along with his wife Brandi, are the applicants and are in the final stages of buying the property, which was contingent on the Planning Commission’s approval of the special exception. A native of Oxford, Lewis has been living in Dallas, where he has spent the last 14 months working from his home due to the COVID-19 pandemic.

During a return visit to Oxford for the holidays this past December, Lewis said he began thinking about finding a way to bring his family back to where he grew up.

“It got the mind turning and I’m like, ‘Hey, this might be a great opportunity to figure out how we can maybe come back to Oxford,'” Lewis said.

One of the stipulations with running a bed and breakfast in Oxford is that the owners must also live on the property. With seven bedrooms, Lewis and his family plan to use two of them and use the remaining five bedrooms for guest lodging.

The size and space of the home allows for Lewis and family to have their own space, as well as their guests.

“It’s practically two houses put together,” Lewis said. “The bed and breakfast is going to be in the Victorian part of the home, and the current owners, they built the large addition on the back. That’s where we will live.”

Bed and breakfasts are allowed with a special exemption granted by the Planning Commission and must adhere to other requirements, including that the property must be located on at least one acre of land. Breakfast is the only meal that can be provided to guests, and no more than five bedrooms can be used for lodging on the property.

Lewis said he is still finalizing the family’s transition back to Oxford and anticipates moving in the summer, when they will begin the lengthy process of renovating and updating the property. The expected open date for the bed and breakfast is sometime in the first quarter of 2022, according to Lewis.

Any renovations made to the home and property will need to be approved the Historic Preservation Commission.

There were no neighbors who were opposed or voiced their displeasure to the Planning Commission regarding the potential of a bed and breakfast in their neighborhood. One letter of support was provided to the commission.

“I think the neighbors realize, again, that house has been on the market a long time and with us living there, the biggest selling points to them was we’re going to be living there full time,” Lewis said. “We’re going to be raising our family there, and I think if I was a neighbor, I think that would help me with any kind of reservations I might have.”

Lewis said they have some ideas for a name for the bed and breakfast, but have not settled on one yet.