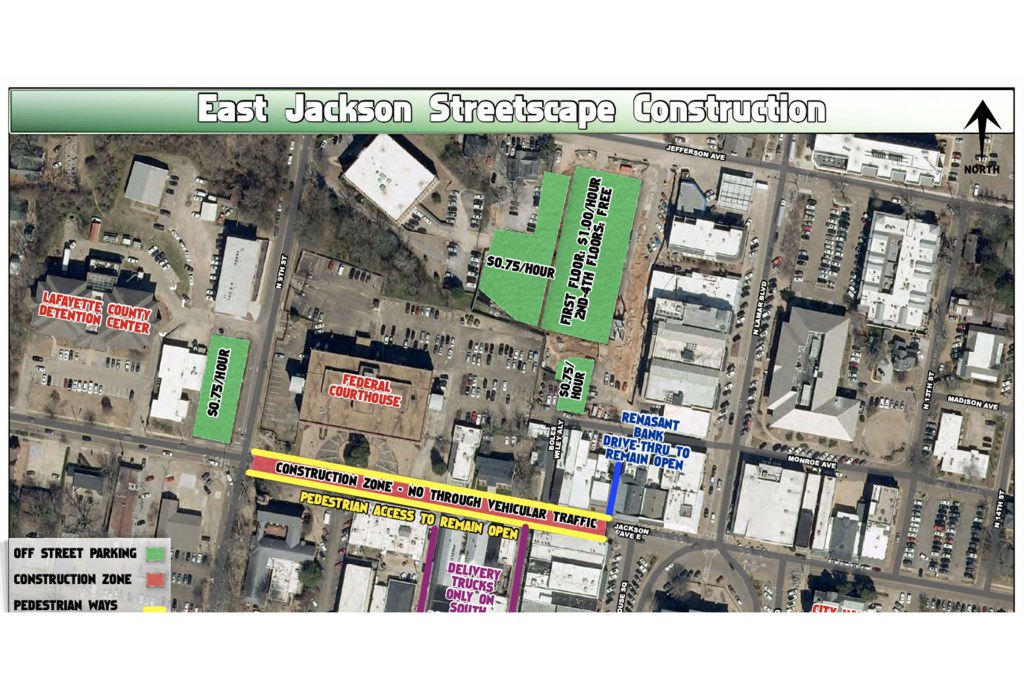 A portion of East Jackson Avenue will close for three months as the City of Oxford begins work on the East Jackson Streetscape project.

In February, the Oxford Board of Aldermen approved to move forward with the Streetscape project, which includes widening the sidewalks and constructing a courtyard area that can be used for outdoor dining on the south side of Jackson Avenue and other purposes.

Raised planter beds and seat walls will also be constructed. Street lighting and drainage will be improved during the project as well.

While the street will be closed to traffic, pedestrian access will remain open to businesses along that portion of Jackson Avenue.

“We are working to communicate with all of the businesses to ensure that they are updated on the project throughout construction,” said city engineer Reanna Mayoral. “The project will require extensive coordination between the contractor, business owners and a number of city departments.”

Deliveries for any businesses located on Jackson Avenue can be made using the following delivery alternatives:

The on-street parking meters are free from midnight to 10 a.m. Monday through Saturday but charge from 10 a.m. to to midnight. Parking is free on Sundays and any observed holidays. Townie Tuesdays, where parking is free on the Square every Tuesday, runs through Aug. 3.