No. 18 Ole Miss uses 10-run inning to take series over No. 2 Vanderbilt 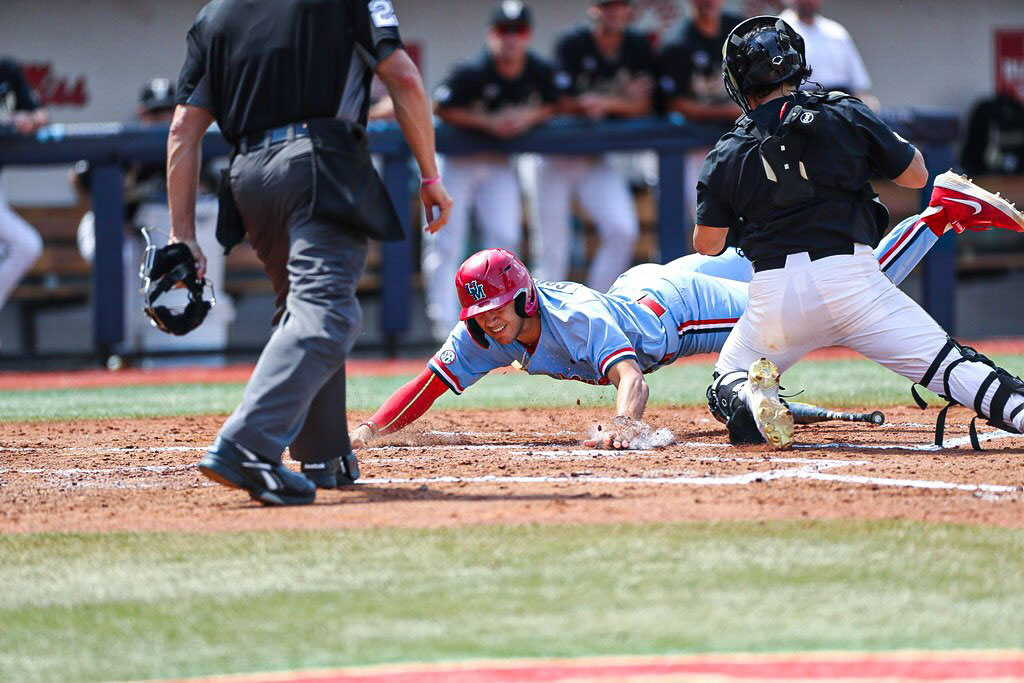 With hosting chances still up in the air, No. 18 Ole Miss needed to bolster their resume and winning the series against No. 2 Vanderbilt would do just that.

In Sunday’s rubber match, the Rebels used a 10-run third inning to defeat the Commodores 13-10 and get a crucial Southeastern Conference series win at Oxford-University Stadium.

Coming off Saturday’s loss where Jack Leiter held the Rebel bats to two hits, those same bats exploded for 12 hits and four home runs in the series finale.

After Vanderbilt got on the scoreboard first with two runs batted by first baseman Dominic Keegan with a double in the top of the third inning, the Rebels (36-15, 16-11 SEC) had their first 10-run inning since April 26, 2018 against LSU.

A three-run home run by Ole Miss first baseman Cael Baker and a two-run home run by shortstop Jacob Gonzalez highlighted the scoring. Gonzalez hit his second home run of the game in the bottom of the eighth inning, a solo shot to right field.

Catcher Hayden Dunhurst, third baseman Justin Bench, Baker and Gonzalez all had at least two RBIs in the game.

“We do all the things that you want an offense to do, besides maybe steal bases and depending on who you are, maybe bunt,” said Ole Miss head coach Mike Bianco. “Besides those two things, this offense has really been elite all year. I think that’s really where it comes from. Where our guys can really stress pitchers.”

Sophomore pitcher Jackson Kimbrell had possibly his strongest outing of the season on Sunday. Coming in after Austin Miller gave up a grand slam, a single and a walk without recording an our, Kimbrell worked 3.2 innings and gave up only two run off three hits while striking out three walking another Commodore batter.

Kimbrell earned the win to improve to 5-0 on the season.

“My past couple outings having been great, whatsoever,” Kimbrell said. “We’ve just been working on some feel stuff and getting back to my mechanics. Having my fastball and change up work for me today was really big for me. Help me get a lot of key outs.”

Drew McDaniel got the start and gave up six runs off seven hits, striking out five and walking another.