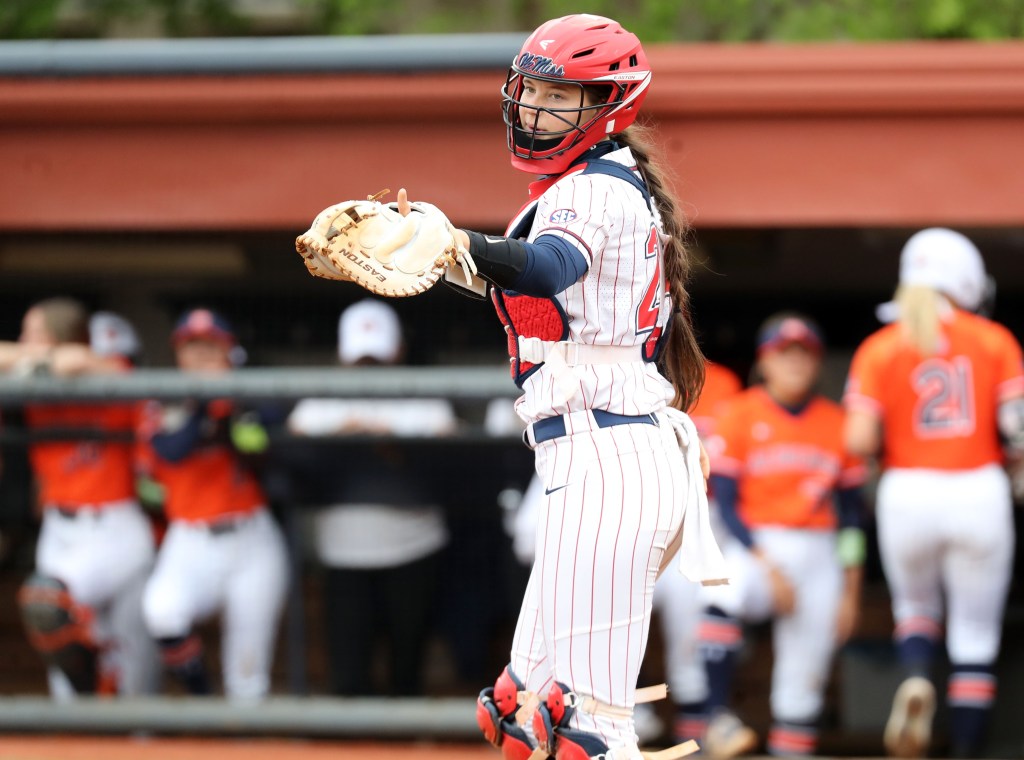 Ole Miss catcher Autumn Gillespie against Auburn at the Ole Miss Softball Complex on Friday, April 23, 2021. The Rebels were selected as the Number 2 Seed in the Tuscon Regional that begins this weekend. (Petre Thomas/Ole Miss Athletics)

For the fifth-consecutive season, Ole Miss has received a bid to the NCAA Softball Championship. The Rebels will compete in the Tucson Regional, set for May 21-23 in Tucson, Arizona.

It is the second trip to Tucson and the third voyage to the state of Arizona in as many seasons for Ole Miss. The Rebels competed in the NCAA Tempe Regional in 2018 and the NCAA Tucson Super Regional in 2019.

“Obviously, this is an exciting night,” said head coach Jamie Trachsel. “It’s been a long time coming. I’m just super proud of our team and the opportunity that we earned tonight. It’s not a given that you make postseason play in the NCAA Tournament. I’m proud of the journey that we’ve been on. Excited for the week in front of us.”

Ole Miss sits at 34-20 on the season, including a 12-12 record in SEC play to register the second most conference wins in a season in program-history. Picked to finish last in the SEC Preseason Coaches Poll, the Rebels finished in eighth place in college softball’s premier conference.

Receiving its first-ever NCAA Tournament bid in 2016, Ole Miss has earned a spot in the “Big Dance” every season since. The Rebels are 11-9 all-time in the NCAA Tournament, claiming a pair of regional titles in 2017 and 2019.