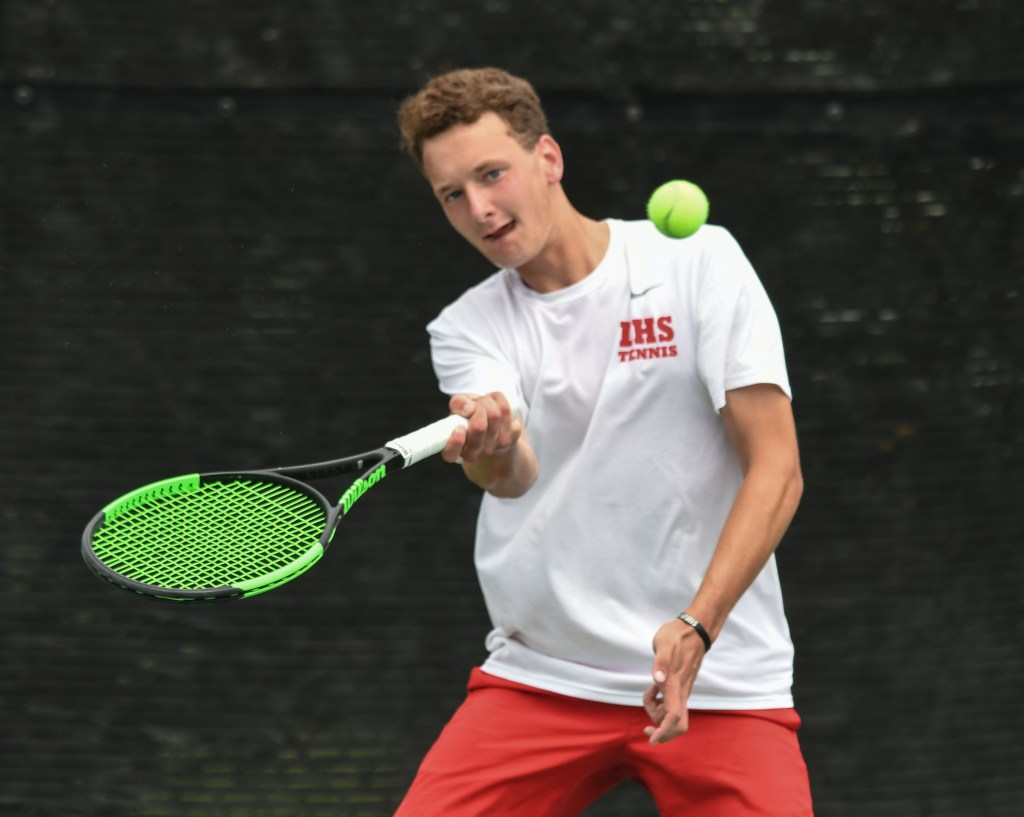 Lafayette High’s Nate Leary plays in the MHSAA Class 5A individual tennis championships in Oxford, Miss. on Thursday, April 29, 2021. Leary is of one several Oxford and Lafayette tennis players selected to play in the MAC All-Star tennis matches next month. (©Bruce Newman)

The Lafayette and Oxford tennis teams will be well represented in next month’s Mississippi Association of Coaches all-star tennis matches.

A combined 11 players between the Chargers and the Commodores were named to Class 6A and 5A rosters, respectively. Only individual state champions and runner-ups were eligible to be selected.

The MAC all-star matches will take place at Parham Bridges Tennis Center in Jackson on June 10 at 1 p.m.