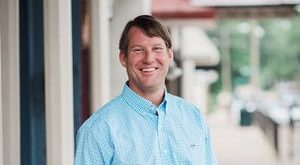 “He did a lot for Oxford,” said Phillips, former owner and publisher of The Oxford Eagle and now an associate broker at Crye-Leike Real Estate.

“He was an excellent teacher,” Phillips said. “In fact, he’s the one who convinced me to go into real estate.”

A dynamic personality and a passion for his work are two traits friends and associates remember most about Hogue, who died last. Wednesday of a heart attack at his East Memphis home.

Hogue was the son of Hank Hogue, a Memphis, Tenn., real estate icon. The younger Hogue was a graduate of the University of. Mississippi, who followed in his father’s footsteps. He earned the prestigious “Circle of Excellence” designation within Crye-Leike and eventually became co-owner of the Oxford franchise and a member of the “Multi-Million Dollar” honor club of the Memphis Area Association of Realtors.

“I would say he was an influencer in the real estate world,” Trey’s brother, Chris Hogue, 46, president of Nextech Solutions in Germantown, told The Commercial-Appeal. “He was well-known, and part of the reason he was successful was that he never met a stranger. And if he met someone, he never forgot them.

“I’ve been overwhelmed, in a good way,” Chris continued, “with texts and calls from people that don’t really know me, necessarily, but have reached out because of the impact Trey had on them, whether it was personal or professional.”

Services for Hogue are at noon today at First Evangelical Church, 735 Ridge Lake Blvd., with visitation from 10 a.m. to noon. The family requests memorials be made to St. Jude Children’s Research